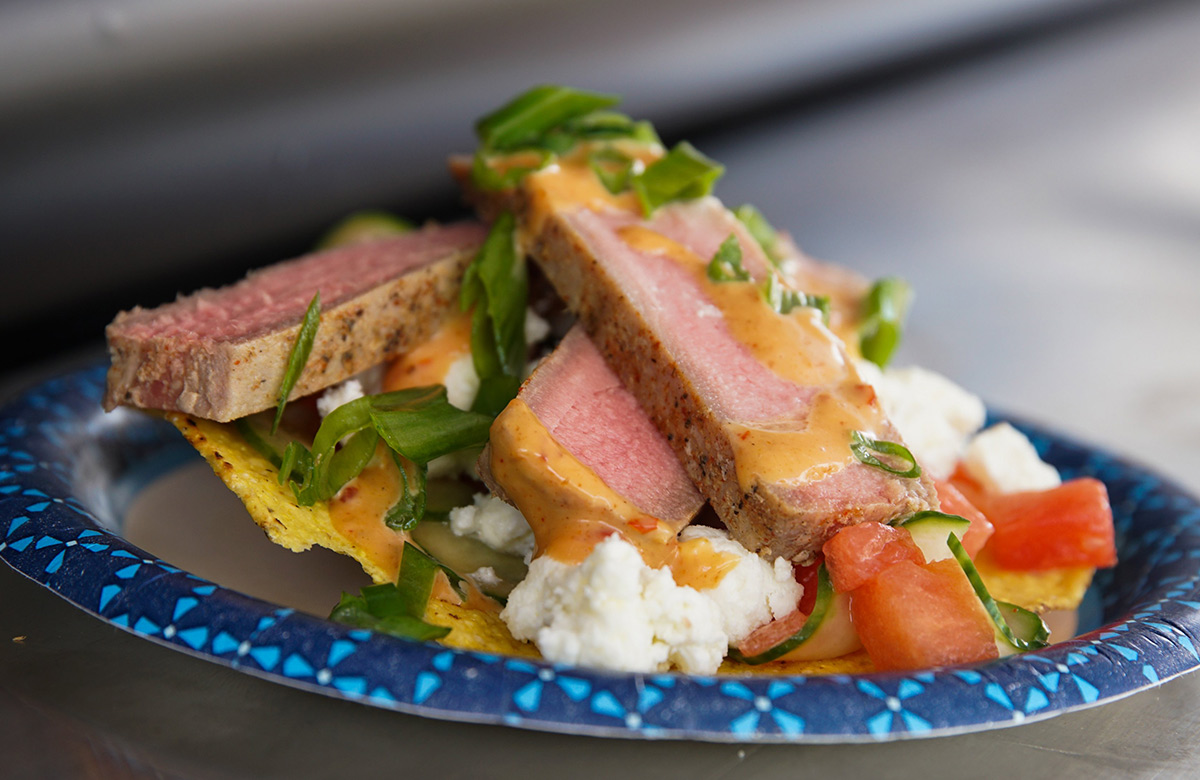 Tostada with Watermelon and Tuna – As Seen on Dinner: Impossible

From the episode, “Food Truck Showdown”

SALT-CURED CUCUMBERS
1) In a mixing bowl, toss the cucumbers with the salt and allow to marinate for at least 1 hour. Rinse the salt off the cucumbers under cold water and allow the water to drain from the salt-cured cucumbers.

FINISH & PLATING
1) In a large sauté pan over medium high heat, add the 2 tbsp grapeseed oil.
2) Season the ahi tuna steaks with salt and pepper on both sides and sear on each side for 20 seconds. Remove the rare tuna from the pan to rest.
3) In a large mixing bowl, gently toss the diced watermelon, sliced radishes, half of the crumbled feta cheese (reserve the other half for garnish), half of the scallions (reserve the other half for garnish), salt-cured sliced cucumbers, and half of the gochujang-beer dressing (reserve the other half for garnish).
4) Place a corn tostada crisp in the center of 4 dinner plates carefully pile a portion of the watermelon-feta cheese salad mixture in the center of the tostada.
5) Slice the rare tuna steaks into thin slices and arrange the sliced tuna around and on top of the watermelon-feta salad mixture.
6) Drizzle the rest of the gochujang-beer dressing around and on top of the tuna and garnish with the rest of the reserved crumbled feta cheese, scallions, and cilantro sprigs.