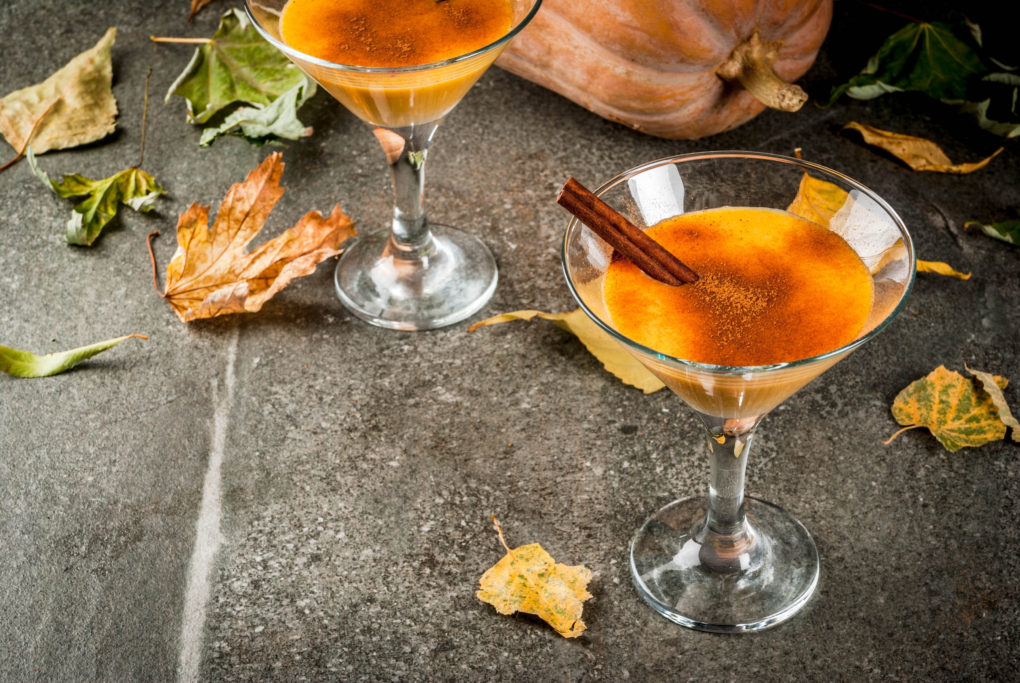 Punch was not always a pathetic mix of fruit punch and way too much cheap booze. At one point in time, before a lot of cocktails we know and love today were even invented, punch bowls were carefully composed recipes. Different social clubs, crews of naval ships, and groups of friends had specific punch bowls they’d make for their gatherings.

The recipes consisted of five components like fingers in a fist, hence the name “punch”. These components are spirit, wine of some sort, spices (sometimes in the form of tea), fruit, and finally, sugar. Sometimes these components could be combined into tea or spice syrups, or oleo saccharum (citrus oil-infused simple syrup). The wine could be vermouth, sherry, sparkling or any other variety.

The point of these ingredients was to create something that is the antithesis of what modern Americans think punch is. Instead of sweet bowls of booze, these classic punch recipes were full of flavors with nuance and complexity.

Place the raw pumpkin simple syrup over light heat for about fifteen minutes stirring occasionally. Remove from heat and allow the syrup to cool before using. (Optional: strain puree out for thinner texture and less pumpkin, more spice flavor.)