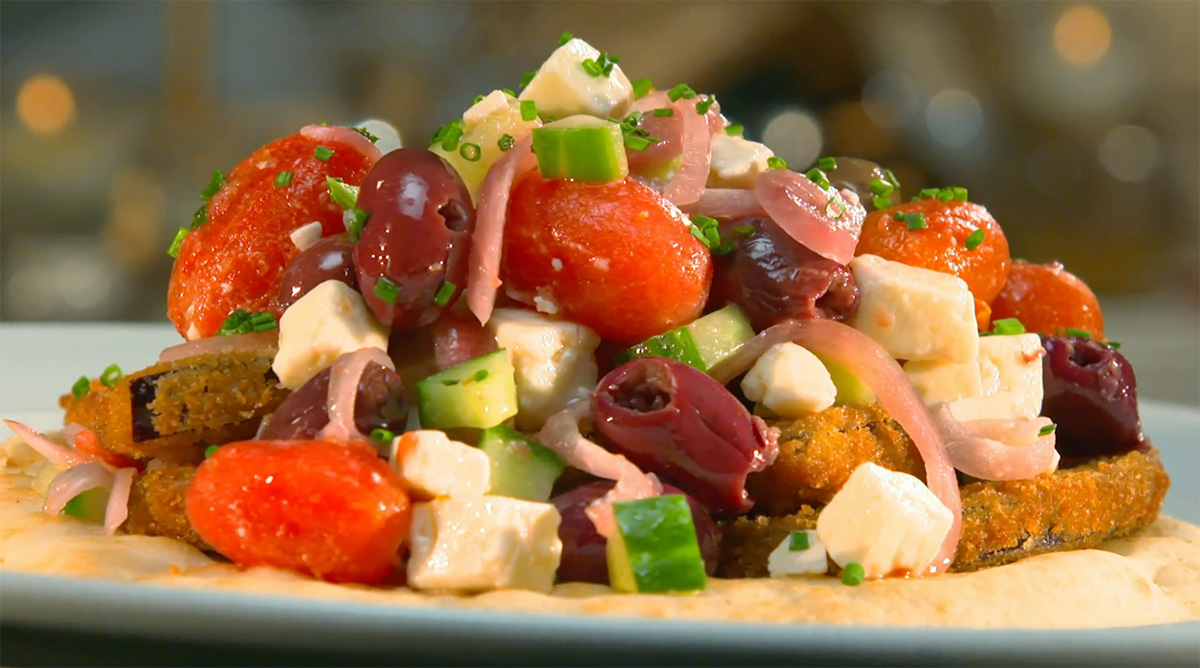 From the episode, “The Sinking Ship Inn”

GREEN GODDESS DRESSING
1) In a food processor, add parsley, cilantro, scallions, mint, garlic, mayonnaise, lime juice and honey. Puree the ingredients together for 1 minute and season to taste with salt and pepper.

GREEK SALAD & PLATING
1) Place the pita bread in a large sauté pan over medium heat. Toast on both sides.
2) For each portion, place 2 pieces the crispy fried eggplant in the middle of the toasted pita bread on a plate.
3) Make the Greek salad: In a mixing bowl add the cucumbers, tomatoes, olives, red onion, feta cheese, and dress with the green goddess dressing.
4) Toss together and season with salt and pepper and place on top of crispy fried eggplant and serve.