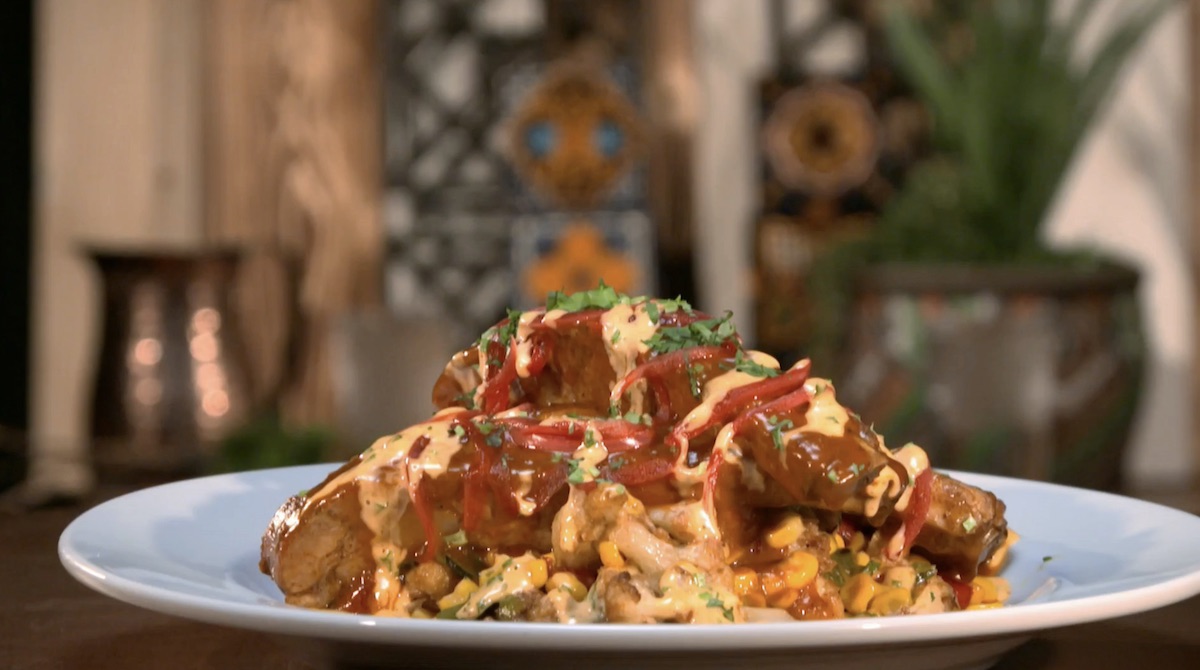 From the episode, “Virtually Impossible”

PORK SPARE RIBS
1) Pre-heat a grill to medium-high heat and an oven to 325.
2) In a blender, add achiote paste, garlic, scallions, cilantro, dried oregano, ground cumin, paprika, orange juice, pineapple juice, and lime juice.
3) Puree for 30 seconds until smooth.
4) Marinate the ribs 24 hours prior to cooking.
5) Remove the marinated ribs from mixture and set the marinade aside. Reserve the leftover marinade for the cooking directions below.
6) Season the marinated ribs liberally with salt and pepper.
7) Place the marinated seasoned ribs on the pre-heated grill for about 4 minutes on each side.
8) Remove ribs from grill and wrap in banana leaves and place wrapped ribs in a large roasting pan.
9) Pour the remaining left over rib marinate over the ribs in the roasting pan, then cover with aluminum foil and place in oven. Allow to cook for 3 hours or until ribs are tender.

PICKLED RED ONIONS
1) In a small sauce pot over medium heat, add the red wine vinegar, sugar, and honey.
2) Bring mixture to a boil.
3) Pour mixture over onions and cover. Allow to cool.

FINISH AND PLATING
1) Place the street corn and cauliflower salsa on the middle of a dinner plate.
2) Cut the cooked ribs in half.
3) Next, top the salsa with a half rack portion of ribs.
4) Garnish the ribs with pickled red onions, spicy aioli, and cilantro.