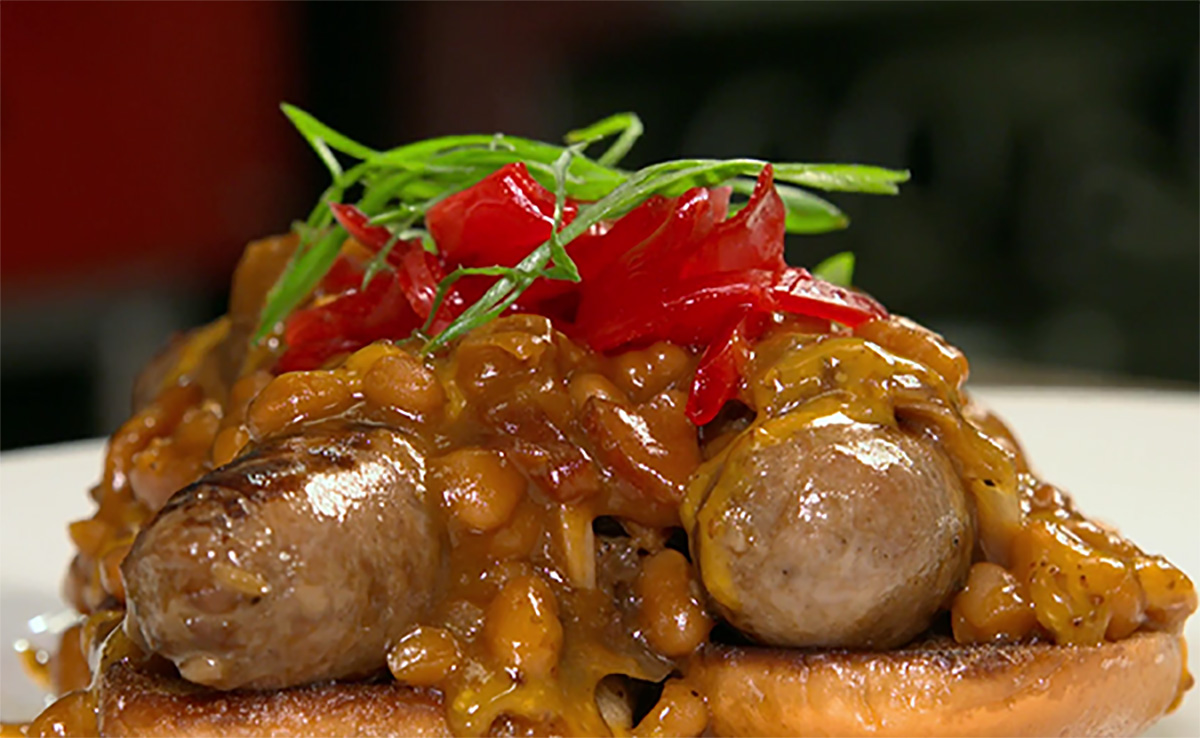 From the episode, “A Trifecta of Failure”

BBQ Baked Beans
1) In a large sauce pot over medium heat, add bacon and allow to render, about 5 minutes.
2) Add onions, garlic, and peppers and allow to sweat until onions are translucent and pepper are cooked through.
3) Add Cajun spice, then deglaze with beer and cook for about 2 minutes.
4) Add remaining ingredients and simmer for 10-12 minutes. Beans should be tender and sauce should coat the beans.

PICKLED ONIONS
1) In a sauce pot, add vinegar, honey, and sugar. Bring mixture to a boil.
2) Add sliced onions, cover, and set aside.

BRATS
1) In a large skillet over medium heat add grapeseed oil and brats.
2) Sear brats on each side for about 3 minutes on each side or until the brats are light brown in color. Remove the brats from the pan and set them aside.
3) Add onions and allow to sweat for about 10 minutes.
4) Add garlic and allow to sweat for about 2 minutes.
5) Deglaze the pan with beer and reduce by half.
6) Add the brats back to the pan, along with the thyme and Cajun spice.
7) In a separate pan add a hot dog bun and toast facedown until golden brown.