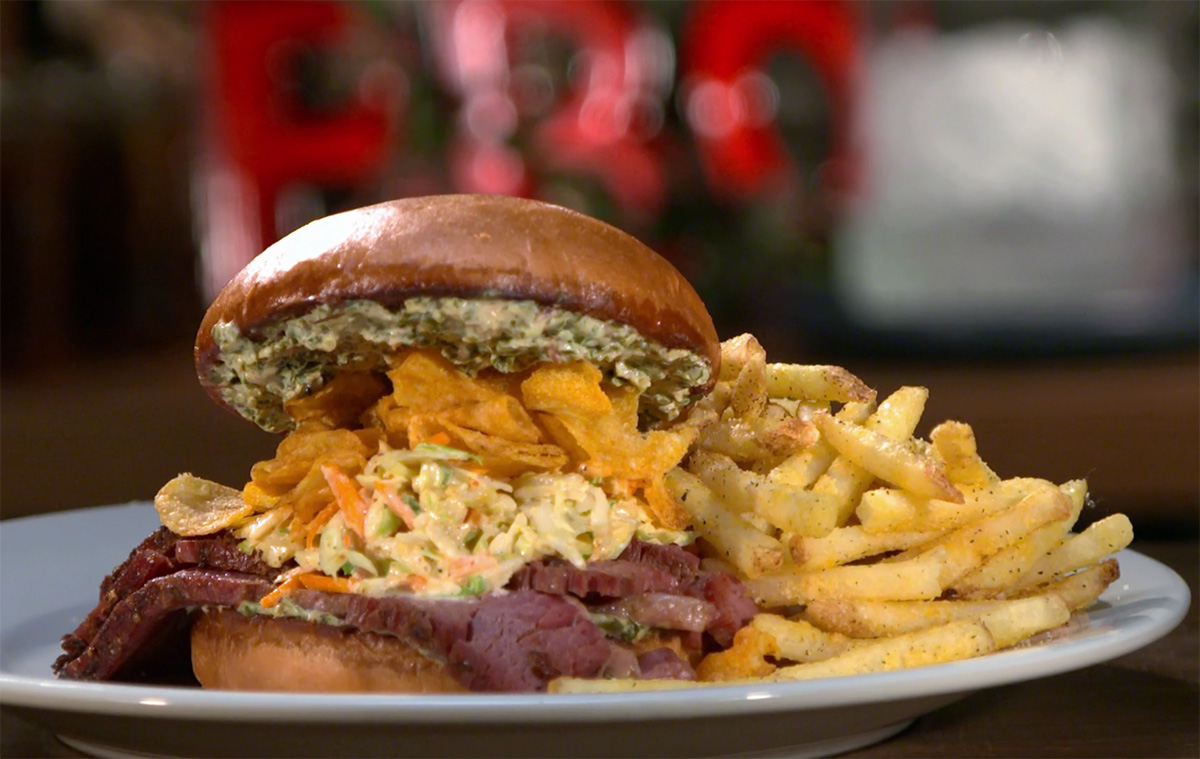 From the episode, “Missing Pepper in Baton Rouge”

BBQ PASTRAMI
1) In a large pot, add beef brisket and cover with water.
2) Add half the coriander, black pepper, all the bay leaves, and garlic cloves.
3) Cook the pastrami for about 45 minutes at hard simmer.
4) Remove corned beef from the pot and place on a large baking sheet. Let cool. You should be able to touch it with your hands.
5) In a large mixing bowl, season brisket with coriander, black pepper, salt, and smoked paprika.
6) Pre-heat smoker or an oven to 300 degrees.
7) Place brisket in smoker/oven if you do not have a smoker available.
8) Allow to cook for about 1 hour.
9) Pull brisket from smoker/oven and cover with aluminum foil.
10) Place back in smoker/oven for about 1 more hour or until brisket is tender.
11) Allow brisket to rest for about 20 minutes.
12) Using a knife, cut 1-inch strips of brisket.

PLATING
1) Pre-heat a tabletop fryer or an air fryer to 350 degrees.
2) In a sauté pan over medium heat, toast brioche buns, face down in butter.
3) Dress the buns on both sides with the kale dip.
4) Place French fries in the fryer and cook for about 3 minutes or until the French fries are golden brown and crispy. Season with salt and pepper and set the fries aside.
5) Top the buns with sliced pastrami and BBQ Cole slaw. Then top the sandwich with BBQ potato chips and serve with fries.