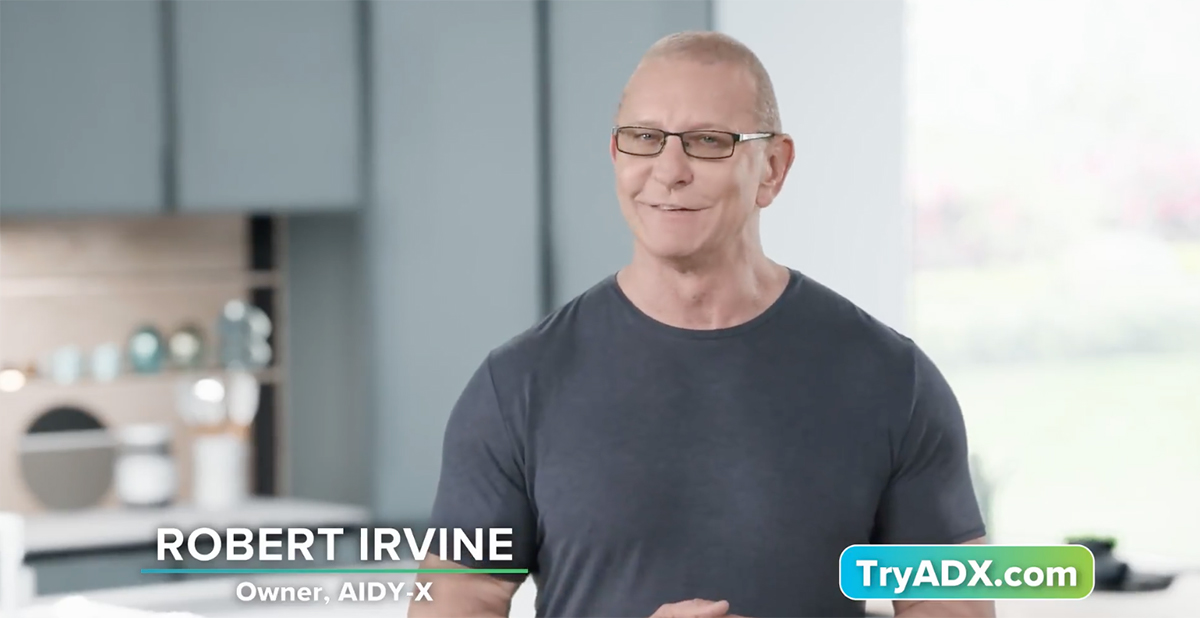 The Incredible Truth Behind Aidy-X

Sometimes, a product can be so great—so fundamentally game-changing—that it can fly under the radar for ages simply because it seems too good to be true. That seems to have been the case with hypochlorous acid, a disinfectant made from simple, non-toxic ingredients that’s 80 times more powerful than bleach, yet is colorless, odorless, and won’t irritate your skin or eyes.

Now bottled and marketed under the name AIDY-X, consumers everywhere are realizing that seeing is believing, with our very own Robert Irvine becoming such a big fan of the product, he became a co-owner in the company.

“It’s just such an impressive product,” Robert says. “There’s no other cleaning agent you could need for your home, office, kitchen—anywhere. It’s perfect for getting any job done, and perfectly safe for people—even kids—to be around.”

Hypochlorous acid in created when chlorine molecules are dissolved into water. In the case of AIDY-X, that solution is created by adding a jolt of electricity to salt water, which then undergoes a chemical reaction that changes it into a potent, broad spectrum disinfectant. Incredibly, once AIDY-X has done its job, it simply breaks back down into salt water.

Hypochlorous acid isn’t new; it traces its known roots to 1834, when it was discovered by French chemist Antoine Jerome Balard. However, mass producing a version of the compound that stayed potent enough to be effective and stable on shelf for commercial and home use proved elusive until recently, when brands like AIDY-X unlocked the secret to creating a long-lasting variety.

“We bottle this product at 500 parts per million,” says John T. Julian, CEO of Danolyte Global, the parent manufacturer of AIDY-X, “but it’s effective for some applications at 1 part per million. So normally, once you lose 10% of your active ingredient, your product is considered expired. AIDY-X stays potent well beyond that threshold.”

Because hypochlorous acid dissolves quickly after doing its job, it is deemed safe not just to disinfect kitchen prep areas and dining surfaces, but also hospitals and schools, has been clinically proven to kill Covid-19 on contact—it is registered on the EPA’s List N as a disinfectant shown to be effective for use against SARS-CoV-2, the virus that causes Covid 19—and can be safely used to clean food manufacturing equipment, or even used to irrigate wounds.

“One of the reasons it’s perfectly safe for humans is that it’s already present in the human body,” Julian explains, noting that the hypochlorous acid is used by white blood cells to neutralize harmful bacteria, viruses, and fungi. 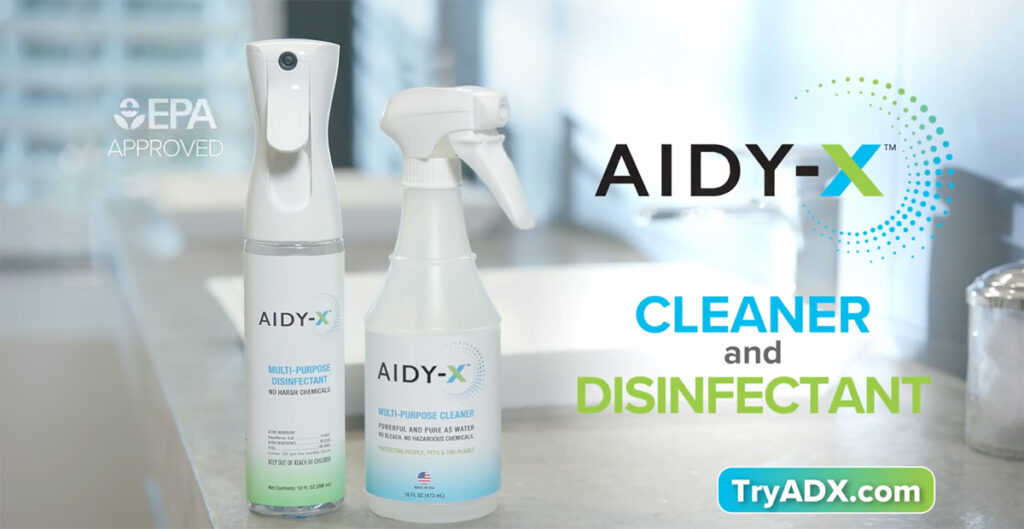 Perhaps just as impressive as its incredible potency as a disinfectant is the fact that AIDY-X has practically zero environmental impact. It’s not only sustainable to produce, it creates no harmful byproducts and can be easily disposed of without contaminating water or soil.

“It really is a miracle product,” Robert says. “As a business owner and as a home owner, I’ve read these studies and clinical trials, and all I’m wondering is, ‘Where has this been all my life?’ It really lit a fire under me to bring this out into the world.”

When Robert recently became a co-owner in AIDY-X, he cut a series of video ads for the product, which include the tagline, “Cleaning your home shouldn’t be a toxic event.”

It’s a slogan with a nice ring to it, but it’s also a sentiment that’s near and dear to his heart.

“For reasons I understand perfectly well, we as a society now associate the harsh smell of bleach and other chemicals with something being REALLY clean,” Robert says. “Well, I don’t know about you, but I can’t think of a less appetizing smell to be ruminating through a kitchen or a restaurant. When I walk into a restaurant and it smells like a hospital, all I can think is, ‘It doesn’t have to be this way.’ Heck, a hospital doesn’t even have to smell like a hospital.

“I’ve seen the future with AIDY-X,” Robert continues. “And it’s now my mission to spread this message as wide and as far as I possibly can. The pandemic—especially the early days of it—hit everyone really hard, and I often think about how different it might have gone if we’d been prepared with PPE, masks, and a powerful disinfectant like this one. We can’t change the past, but it’s incumbent upon us to find a better, safer, more sustainable way forward, and AIDY-X is a part of that.”