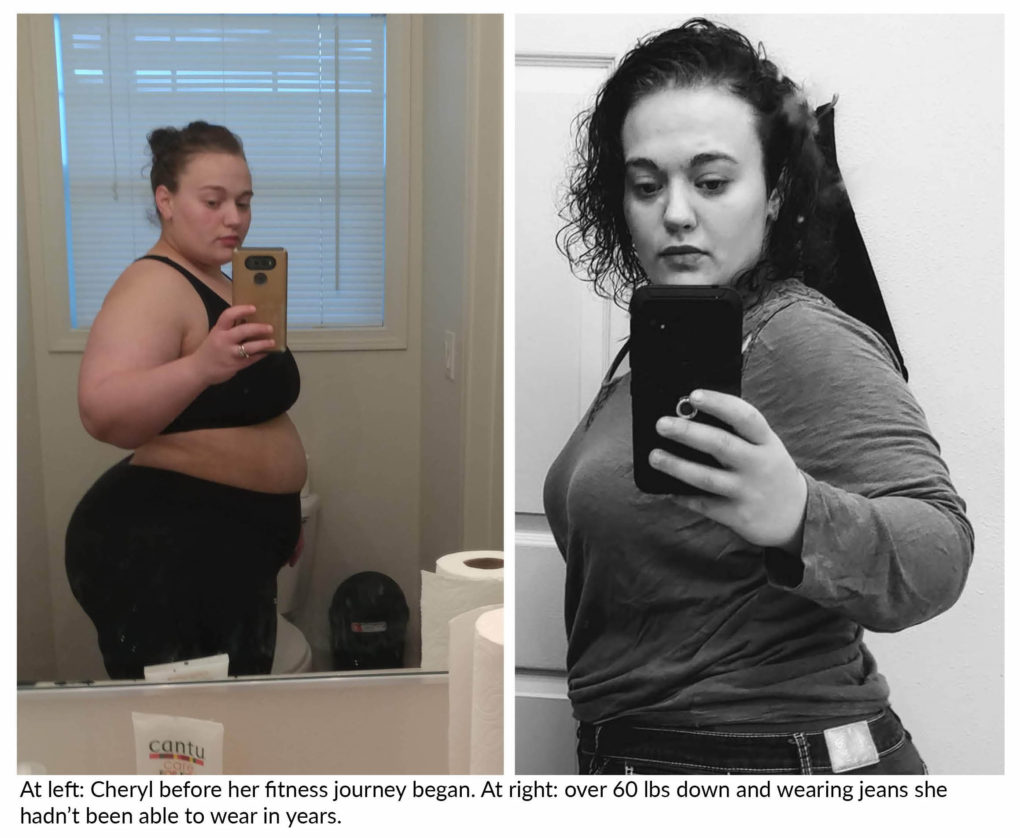 How one Army wife’s incredible weight loss is on track to become an inspiration to others—and what Robert did to help her get going.

The tipping point came courtesy of her daughter.

Last summer, Cheryl Del Rosario was hiking with her children on vacation when they came to a suspension bridge. At that point, her six-year-old daughter Miaya became terrified, begging her mother not to walk across: “I don’t want you to die, mommy.”

Stunned, Cheryl turned to her daughter and asked, “Why do you think that would happen?”
Miaya replied, “You’ll break the bridge.”

Her daughter, of course, wasn’t teasing, but expressing genuine concern. At that point, the 5’3” mother of five tipped the scales at 320 pounds. And in that moment, Del Rosario learned that the honest, unfiltered thoughts of a child have a way of cutting straight to the bone that can make you reexamine your whole life in an instant. Unlike the cold, clinical concerns of a doctor or the supportive and sanitized language of friends and family, Miaya’s words created a real sense of urgency.

“I knew something had to change,” Del Rosario says. “I was having a hard time keeping up with my kids. And when you step on the scale and see a number like that? When your kids start to notice and say things to you? Your heart sinks.”

Since that moment at the bridge, Del Rosario’s life is on a different track. She’s lost 61 pounds and aims to lose 100 more to reach her target weight of 160.

Del Rosario started the weight loss journey on her own, researching the keto diet to kick start progress. Then she took part in the Defense Commissary Agency’s Military Fit Family contest. Her winning essay, which outlined the struggles of military spouses and how little time they can find for themselves, won the heart of one Robert Irvine, who met with her and offered to pay for a year of her gym membership, a personal trainer, and year’s worth of FitCrunch protein bars and powders.

Since meeting with Robert, Del Rosario has begun training under Hannah Hartman, a professional bodybuilder and personal trainer who also advises her on nutrition. Del Rosario has kicked the keto diet to the curb and adopted a more balanced approach to nutrition that fuels her considerable progress in the gym.

“At this point I would definitely say weight lifting is my forte,” Del Rosario said with a chuckle, pointing out that her deadlifting max at the beginning of the journey was less than 100 pounds. Today it’s 215.

On days when she’s not lifting weights, she does HIIT (or High Intensity Interval Training) cardio, going as fast as she can for a short period of time on a bike or treadmill, hitting a steady pace for a slightly longer period of time, and repeating the process at intervals for the duration of her workout.

Del Rosario said it’s hard to imagine making all the progress she’s made without Robert’s intervention.

“I feel like if I hadn’t met Robert and had this opportunity, I might’ve gone back to my old ways,” says Del Rosario, who has battled with yo-yo dieting for a long time, losing 20 or 30 pounds only to get comfortable and gain it back. “Having Robert help out like this with the trainer and the supplements is huge… I couldn’t afford those things with five kids.

“And there are days when I want to quit. I don’t want to go anymore, but I know that I can’t. There are so many people counting on me. Not just my trainer. Not just Robert. It’s my family. My kids.”
Robert said he’s incredibly proud of the progress Del Rosario has made, and that his vision for her as a beacon of light to others is well on track.

“Her story to me was so powerful because of who she represents,” Robert says. “She’s not just a mother of five hustling to keep up. She’s a military spouse. And that’s what her story is really about—the fact that the whole family serves and we forget that. When her husband is away, she’s serving her country, too, in a way that’s just as important and just as valid, bringing up the next generation. Our country relies on women like her just as much as we rely on men like her husband Rustin.”