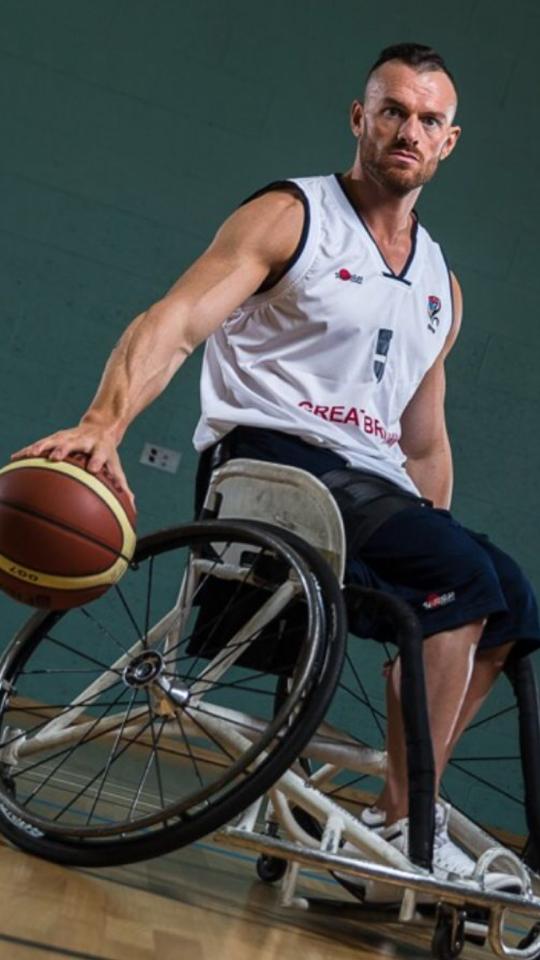 Hope, and a Plan, for the Wheelchair-Bound

Dan Highcock knows that being confined to a wheelchair doesn’t have to mean giving up on your dreams. His new training manual, Zero Assistance Resitance Training, aims to give those in wheelchairs improved confidence and quality of life.

Most five-year-olds are reluctant to leave their mother’s side, never mind anxious to find adventure on their own. But Dan Highcock wasn’t like most kids. At that age, he and his cousin already had mini motocross bikes that they would ride with their uncle.

“My cousin didn’t need stabilizers on his bike,” Highcock says. “It pissed me off so the first chance I had to ride without stabilizers I went a bit crazy. I opened the throttle too much and crashed the bike.”

When he crashed, the bike’s handlebars pinned him at the waist and he suffered major damage to his left hip. He was diagnosed with necrosis of the hip, which limits blood supply to the affected area and forced him into a wheelchair.

“I was in a full plaster cast when I got home,” Highcock recalls. “I was very weak. What little muscle I had was wasted away. My mother was super protective and wouldn’t let me do anything.”

Yet, throughout his recovery, whenever his mom left the room, he’d get up and do a lap around the chair, holding it for balance. The same determination that had him speeding around in the first place thankfully hadn’t left him. It was difficult, painful work that left him exhausted, but eventually he built himself up so that he could do two laps around the chair.

As he got older and understood his condition better, he became obsessed with training and nutrition.

“I learned that for bones to heal you need blood supply, and I had a lack of blood supply with my condition,” Highcock says. “So I knew training could help. Walking around the chair, then getting on a stationary bike, and I built it up from there. Within a couple of years, I could walk around on my own.”

By the time he got to high school, he could walk for short bouts but still needed a wheelchair most of the time. Bullies targeted him until they found out he could fight back. Highcock’s phys ed teacher, realizing the boy had a competitive spirit, encouraged him to play wheelchair basketball.

“This was 20 years ago and I had never heard of it so I actually laughed,” Highcock says. But when he tried out, he found it to be a natural fit.

Highcock then dedicated himself to training and playing professional ball, and was a member of Great Britain’s Paralymic team in 2012. The team made it to the bronze medal game, where they lost to the US. He now works full-time as a personal trainer who clearly practices what he preaches. He’s in better shape than most able-bodied men, and he’s an inspiration to his many clients who are also disabled.

“My condition gets worse as I get older,” he says. “I will be confined to a wheelchair full time at some point. It could be next week, next year, or in five years. I used to walk quite a lot more than I do now. Anything that has a lot impact in the hip is very painful. But I do everything I want to do.”

During the season Highcock trains with very high intensity, using tri-sets and quad-sets and not a lot of rest. He recently benched 155 kilos (or 342 pounds), and up until last year could shallow squat over 250 pounds.

His disabled clients in turn inspired him to write his new book, Zero Assistance Resistance Training, now available on Amazon and through other book retailers.

“I’ve been around wheelchair athletes most of my life,” Highcock says. “The clients that I have, a lot of them had the same problems, so I had to come up with something that would be completely accessible to everyone. It had to build strength, muscle size, improve conditioning, and help prevent injuries—all in the wheelchair. This program does that.”

Highcock’s full system uses dumbbells, cables, and resistance bands, mixed into four weekly sessions. He even invented his own exercise, modifying a farmer’s walk into what he calls a farmer’s push.

He explains, “People in wheelchairs, a lot of them think they can’t really engage their core. So what I have them do is hold the dumbbell with one hand and push the chair with the other—keeping the chair going in a straight line. You have to really engage your core to do that. Guys were coming up to me saying they had never felt their core work that way before.”

The book published this past September and the feedback has been enormously positive from both people who have tried it and from doctors who recommend it to their patients. Accessibility is the key to its popularity, Highcock says.

“It’s not just for people already training, but for people who don’t have the confidence and aren’t doing anything at all right now,” he says. “It’s totally accessible. And once they get into it, their quality of life is going to be much better. Day to day tasks are going to be much easier.”

Highcock has discovered that he now has clients all over the world. They e-mail him or find him on social media to say thank you for the program that’s changing their lives. The otherwise stoic Brit admits, “My bottom lip quivered on a few of those.”
Highcock says he has three more books in the works which, taken together, will encompass a full year of progressive training.

“My vision is to get people doing something in the first book, then once they get some confidence, to push the limits beyond that,” he says. “There’s no reason wheelchair users shouldn’t be able to do most of what everyone else is doing in the gym. I’m confident that, on a global scale, this is going to help a whole lot of people.”