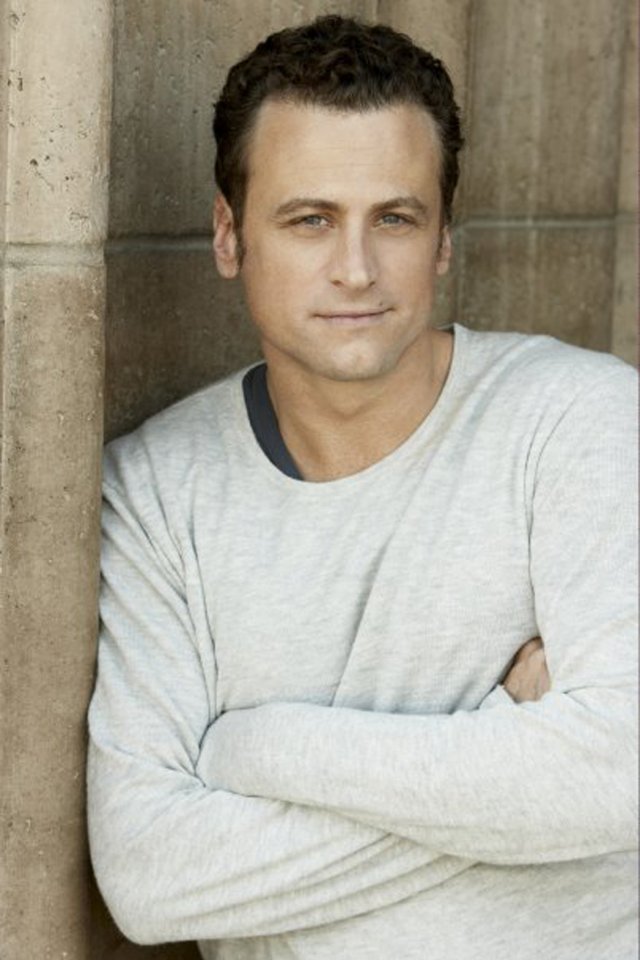 David Moscow takes a thrilling culinary adventure in “From Scratch”

The premise sounds simple enough: Host David Moscow eats some very delicious-looking exotic cuisine, then tracks down the ingredients in real life. But while From Scratch is ostensibly about food, from the opening frames it’s immediately apparent that you’re really watching an adventure show. The dramatic cinematography, orchestral score, and helicopter shots convey a sense of scale not typically seen in food television. Then there’s the level of difficulty: in the episode we previewed, Moscow harvested his own salt from sea water in Iceland, and it was only one component in a fairly complex dish. Moscow sat down to chat with us in advance of the show’s February premiere on fyi (where the show will air at 6 pm Eastern every Sunday) and talked about how he came up with the concept and what’s in store for Season One and beyond.

Robert Irvine Magazine: In the intro to the show, you talk about the disconnect between us and our food and wanting to address it. Was there a eureka moment where that disconnect really landed on you?

David Moscow: It was a mix of things. My mom grew up in Montana. All my cousins and aunts and uncles live in Utah, and they hunt, and fish, and have gardens, and they build their own homes. As a New Yorker, I always looked at that and thought that it was pretty amazing. I always looked to them and admired that they did this. Once a year they would go out and get a deer and they put that in the freezer, and that would be meat for all winter, basically.

Then to wake up 20 years later and have Postmates being delivered to my house and not really engaging with the food at all, it just kind of felt bad. It was like, “Oh, this is what we’ve become.” It’s almost like a scene from Wall-E where everyone’s floating around in their chairs and food is popping up and they’re eating it.

That was one thing. The other: initially, it was just going to be a documentary about Mexican food. Then that documentary became one of the episodes. I had the idea around the time when Trump was running and really disparaging Central Americans and a lot of immigrants. I wanted to go down to Mexico and work with subsistence farmers and make tacos from scratch. But it was also to show these people who were rallying behind Trump that our Mexican friends, neighbors, and family, were hard-working and probably closer in their lives than their cousins in LA.

RI: Every home chef has had that experience where they first make something from scratch and say, “Oh my gosh, this is worth the extra work.” Say you’re making sauce. It can take all day but it’s so much better than the jar. And then there is that thought, “Well how much better would it be if I had actually grown my own tomatoes?” You took this to an extreme and went and did it with every aspect of each dish. I’ve only seen one episode, but do you have that experience with each dish? I imagine it’s harder in your case because you’re trying to recreate world-class cuisine. 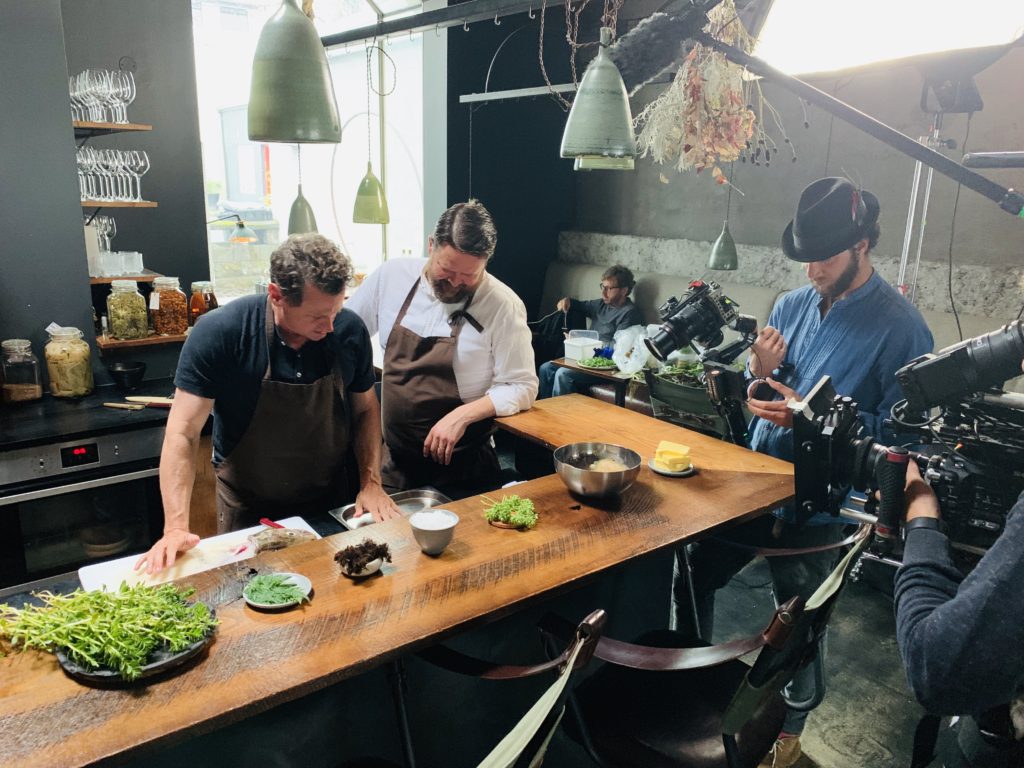 Moscow, far left, works alongside chef Gunnar Karl of the restaurant Dill in Reykjavik. After eating, Moscow went out to source all the ingredients from nature that he would need for Karl’s Icelandic Cod dish.

DM: In general, I have the chefs right next to me, so I’m coming close to reproducing what they made. Only rarely do I mess up, come up short, and not get things—or there are certain things that you just can’t get seasonally. But I’m usually making what the chefs made. But I will say that when you actually do the work of foraging, or hunting, or gathering, or farming, the work itself and the patience that you need have to have—the delayed gratification—makes the food taste better.

I don’t know if it’s like, “this is a fresh tomato that I picked that makes it taste better.” That could be part of it. But it definitely is, “I picked this tomato knowing that later on I’m going to cook this into something.” And that goes in my mind, and it builds anticipation, so that when you do finally eat it, it’s, “Oh my God.” Good things come to those who wait.

This is obviously not something that everybody in their daily lives can do for every meal, but it is something that people should take the time to do when they can, every so often. Really step back and engage with what’s going on out there, what’s going in our body. And I also think it’s a really cool snapshot to see how hard people in agriculture work. I have nothing but respect for them.

Americans often talk about how, “I did this all by myself. I’m a self-made man” or something like that. I mean, just in a slice of pizza, there’s 60 people that it took to make that pizza for you, so you’re not alone, alright? We are all interconnected and food is an incredible way to see that.

RI: You’ve touched on something really interesting, too, which is mindfulness—a deep appreciation and gratitude for all that we have. A slice of pizza is not a slice of pizza. It’s kind of a miracle when you consider the sourcing of each ingredient. I don’t know that your show would make people want to harvest their own salt from the ocean, but it could increase mindfulness. Our obesity crisis is due at least in part to a lack of mindfulness—just eating out of habit. Is that what you consider to be the greatest lesson from your show?

DM: Oh yeah. I feel like there have been huge changes to my eating habits throughout the course of the season. I hunted for the first time in my life in the Mexico episode. And then in the Texas episode—where we did barbecue—I slaughter a cow. As a result, today I eat dramatically fewer animal products. Because of what happened in killing the cow and killing the pig. Basically, I try and be vegan four to five days a week. I have some dairy products on Saturday or Sunday, and then I have one day where I eat meat—and the meat is special again.

That’s how it was for previous generations. When my mom was growing up, meat was only on their table once or twice a week because they couldn’t afford it. Meat was really expensive. It wasn’t the agribusiness, the factory farming that we have today. So my mom and her parents barely ate meat unless they went out hunting or fishing themselves. At the beginning of this, I realized I ate beef probably five meals a week. And let’s say I did that throughout the course of my life. That’s about 11,000 cows that I killed to eat.

Then when I killed the animal myself, that reality landed in a different way. All those thoughts came together and it was an epiphany. Now that’s not to say I don’t love beef; I do. I think it’s amazing. And doing BBQ across Texas made it even more incredible. I was basically going out each day and working with these barbecue guys who were artists, But it did make me much more mindful about it.

RI: Your premise seems especially tough: to recreate something made by a world-class chef. Would you ever consider taking it in the other direction, making something very pedestrian from scratch? I’d love to see you make something like a McDonald’s McGriddle from scratch. 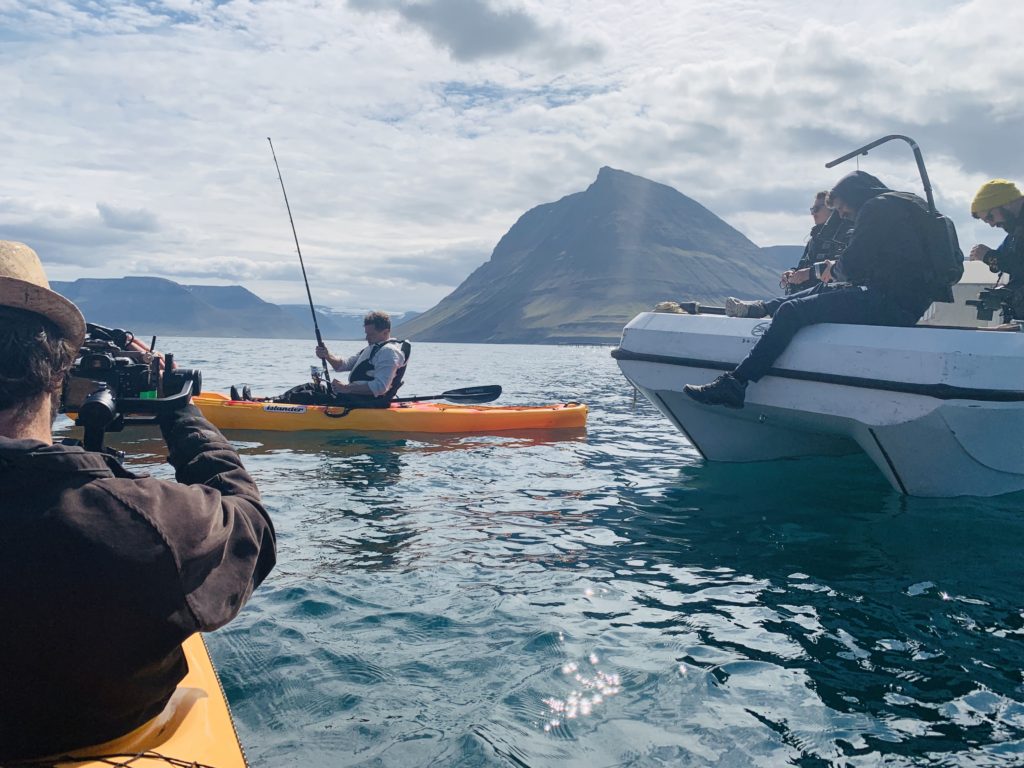 Moscow fishing for fresh Icelandic Cod. Moscow says catching and gutting fish as a young boy under the tutelage of his grandfather was a seminal experience.

DM: I think you and our marketing people are on the same page. But it definitely isn’t just world-renowned chefs. We get into other things. In the Texas episode, we do a food truck in Austin. And I wanted to do a Thanksgiving episode where my mom was the cook so I thought that was pretty fun because my mom is hilarious in the kitchen.

RI: That would be fun.

DM: I think there’s all these high-minded reasons to do it. Better for your body, better for the environment, engaging with your food, finding local places to harvest and farm. But I also think that there’s a really playful thing about it. And I see it with my kid now, it’s just fun.

It reminds you of your childhood. It’s an excuse to get in the dirt. It’s an excuse to go sit in a strawberry patch and eat half of what you’re supposed to bring home. We’re always giving excuses like I’m too busy or too old or whatever, but this is a way to continually be serious and engaged in the world and have a lot of fun.

RI: The selfish reasons are just as good as the high-minded reasons, aren’t they?

From Scratch airs every Sunday at 6 Eastern on fyi. Click HERE to log in with your cable provider and watch the first episode.