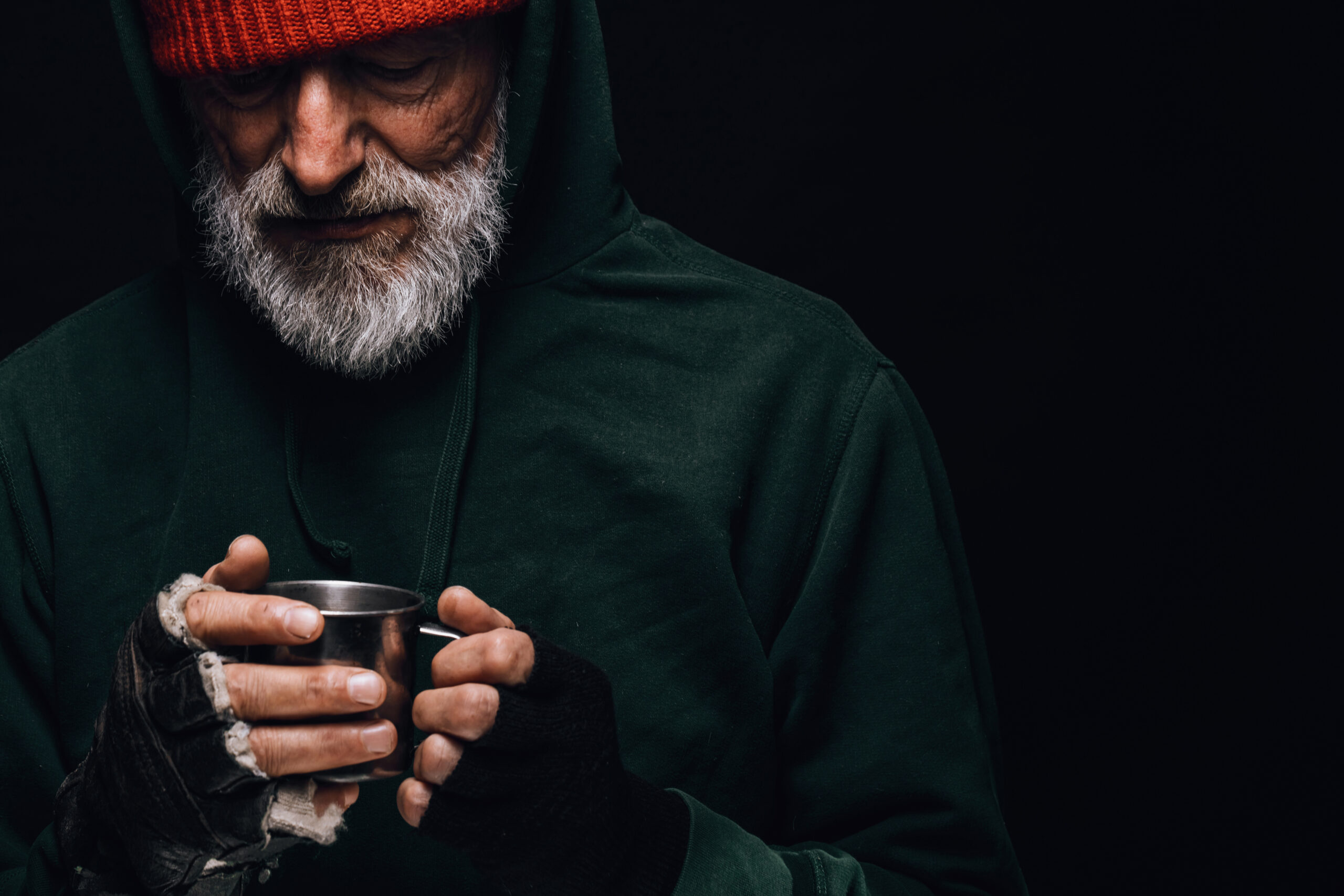 How The Robert Irvine Foundation Transformed a Homeless Veterans Shelter

Three Hots & a Cot offers homeless veterans more than a roof. It gives them a chance to reclaim their dignity. With the help of the Robert Irvine Foundation, they’re better-suited to the task than ever before.

Rich Cislak rubbed his eyes in disbelief. The number couldn’t be right. The director of Three Hots and a Cot, the Birmingham, AL-area shelter for homeless veterans was looking through the day’s mail and came across an envelope from the Robert Irvine Foundation. Inside was a check for $10,000. His eyes didn’t deceive him. The number was right. But he still didn’t believe it. There are enough scams that start out with the receipt of a phony check.

Rich called his partner JD Simpson, who confirmed the check was real. JD had applied for a Robert Irvine Foundation grant at the behest of his grandpa, a fan of Robert Irvine and British Royal Navy veteran who served during WWII. JD’s grandfather passed away last summer and never got to see his idea come to fruition, but he’d be happy to know that his advice had paid off.

“The timing couldn’t have been more perfect,” Rich says, explaining that the shelter—which is now entering its tenth year of operation—had just undergone some renovations and were now approved by the health department to sleep 20 veterans, up from 13. However, he was “scrambling” and in desperate need of further renovations to the dining room and kitchen, as well as new equipment. The shelter had been subsisting on four hand-me-down residential refrigerators and three freezers to store food to feed the estimated 1,500 veterans who have come to their doors in search of a meal and a place to stay.

The grant enabled Three Hots to purchase a commercial three-door refrigerator and a commercial freezer to replace their old equipment. These purchases saved a tremendous amount of space—while lowering the electric bill—and helped them get the most out of their renovations—a bigger dining room, bigger kitchen, and a wider entryway that made it easy for wheelchair-bound vets to move in and out of the house, whereas it had been cumbersome under the old layout. Better refrigeration also means that veterans can eat more nutritious meals; Three Hots was previously limited in what it could serve at mealtime, and canned and other non-perishable goods like spaghetti were mainstays. 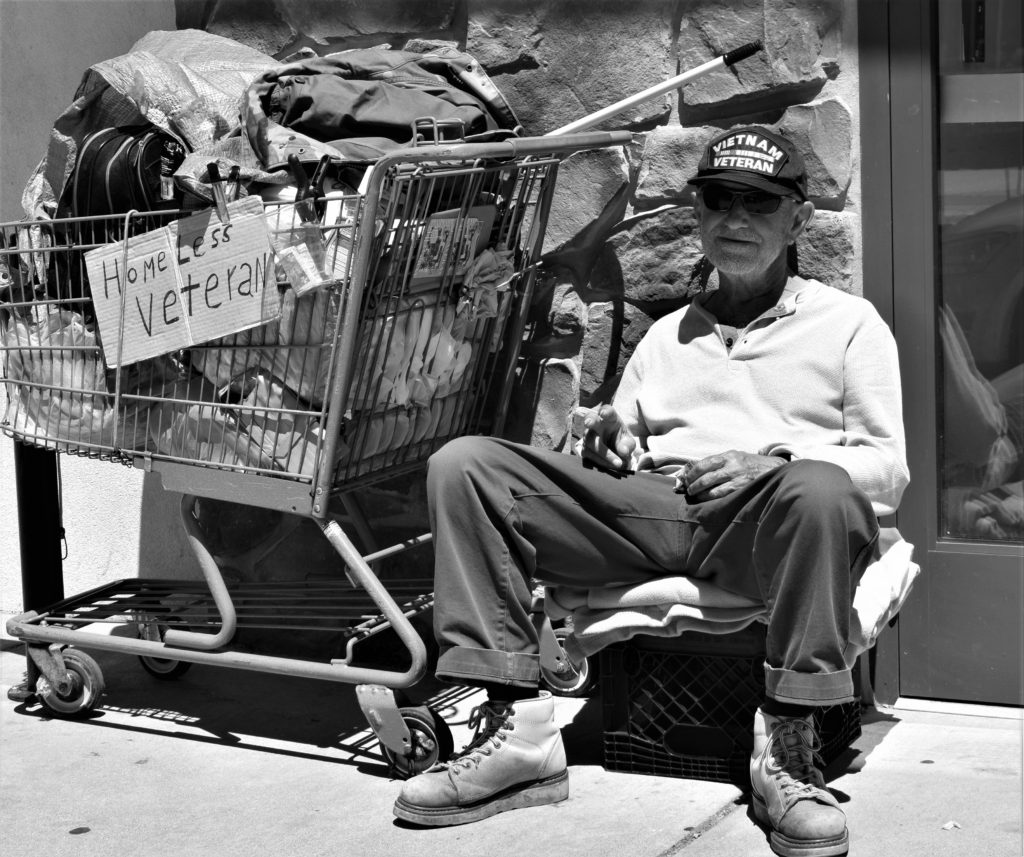 “It all fell into place,” says Rich, who, like his partner JD, is a US Navy veteran. “We’re not a normal halfway house. We do everything we can to make it homey, to make it comfortable, to make it a place where guys can be proud to hang their hat for the night.”

“And there are no free rides,” JD adds, noting that the veterans who live there are motivated by cleaning and other responsibilities.

The shelter has come a long way since opening its doors nearly a decade ago.

“I remember just about doing back flips when someone donated $20,” JD recalls. “I ran down to the grocery store to get two loaves of bread, some mayo, and three packs of bologna and that’s what the guys had for dinner that night.

“So, the $10,000 from the Robert Irvine Foundation is a huge amount of money and we couldn’t be more grateful to Robert. I know he’s a tough-as-nails son-of-a-bitch on TV, but he’s got the heart of a teddy bear and he has a passion for helping people, especially our veterans.”

From the shelter’s humble beginnings it’s gone on to feed and house veterans from every era dating back to WWII. Of the 46,000 veteran charities in the United States, former President George W. Bush chose Three Hots & A Cot as one of 25 most successful; JD and Rich traveled to Dallas to meet him and accept his thanks.

With that growth and success, however, a dark truth hangs over their work.

“There will be no end to the homeless veteran issue,” JD says. “They come to us with no hope for tomorrow… and many of them are not looking for a place to live. They’re looking for a place to die. Some have cancer and just don’t want to die in the street. One man sat in his wheelchair in front of the house in the rain just waiting until we had room…”

Through tears, JD recalled the story of going upstairs with Rich to the room of a 22-year-old veteran of the war in Afghanistan to put the man in a body bag after he had committed suicide.

“He didn’t believe that tomorrow offered him anything,” JD says. “We want all these men and women—who have given so much to this country—to know that tomorrow does hold something for them. It can be beautiful.”

“And it can start right here,” Rich says. “You walk in, and you’re part of our family. Then, with a good meal, a shower, and a warm bed, you can turn your attention to building a new life.”

And for the veterans who find that prospect too daunting, they can at least find dignity.

LEFT: The crowded kitchen before. RIGHT: The commercial three-door refrigerator, which will allow the shelter to expand its offerings.