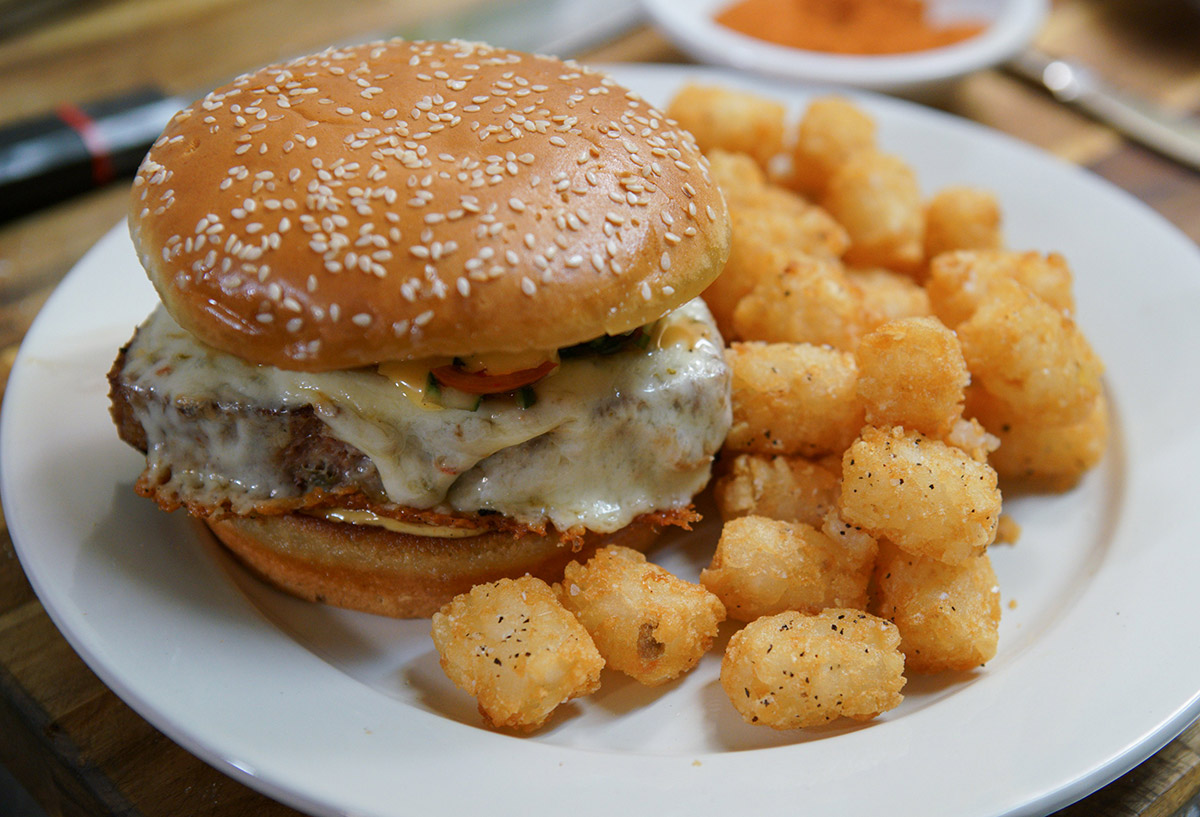 From the episode, “Lifting the Weight”

MEATLOAF
1) Pre-heat oven to 325°.
2) In a food processor or blender add BBQ sauce, eggs, roasted red peppers, and garlic. Puree on high until smooth.
3) In a large mixing bowl, add contents from the food processer, ground beef, pork, onion, cayenne pepper, chili powder, Cajun seasoning, shredded cheddar cheese, jalapeno peppers, bread crumbs, salt, and pepper. Combine well with hands.
4) Pack the mixture into a greased 10-inch loaf pan. Place meat loaf in the oven. Cook for 45 minutes or until meatloaf has reached an internal temperature of 155. Remove from the oven and set aside to rest.

BBQ AIOLI
1) In a mixing bowl add mayonnaise, BBQ sauce, lemon juice, and BBQ spice.
2) Incorporate together and season with salt and pepper.

PLATING
1) Pre-heat a fryer to 350 degrees.
2) In a skillet over medium heat add grapeseed oil and butter.
3) Add brioche buns face down and toast over medium heat until golden brown.
4) In the same skillet over medium heat, add the portioned meatloaf and sear on both sides.
5) Top the meatloaf with pepper jack cheese and allow to melt.
6) Dress both sides of the brioche bun with BBQ aioli. Place the portioned meatloaf on the bun.
7) Top with grape tomatoes, pickled red onions, cucumbers, and cilantro.
8) Place the tater tots in the fryer (or air fryer) and cook for about 3 minutes, or until the tater tots are golden brown, and crispy.
9) Season with salt and pepper.
10) Place BBQ meat loaf sandwich on a plate and serve with crispy tater tots.