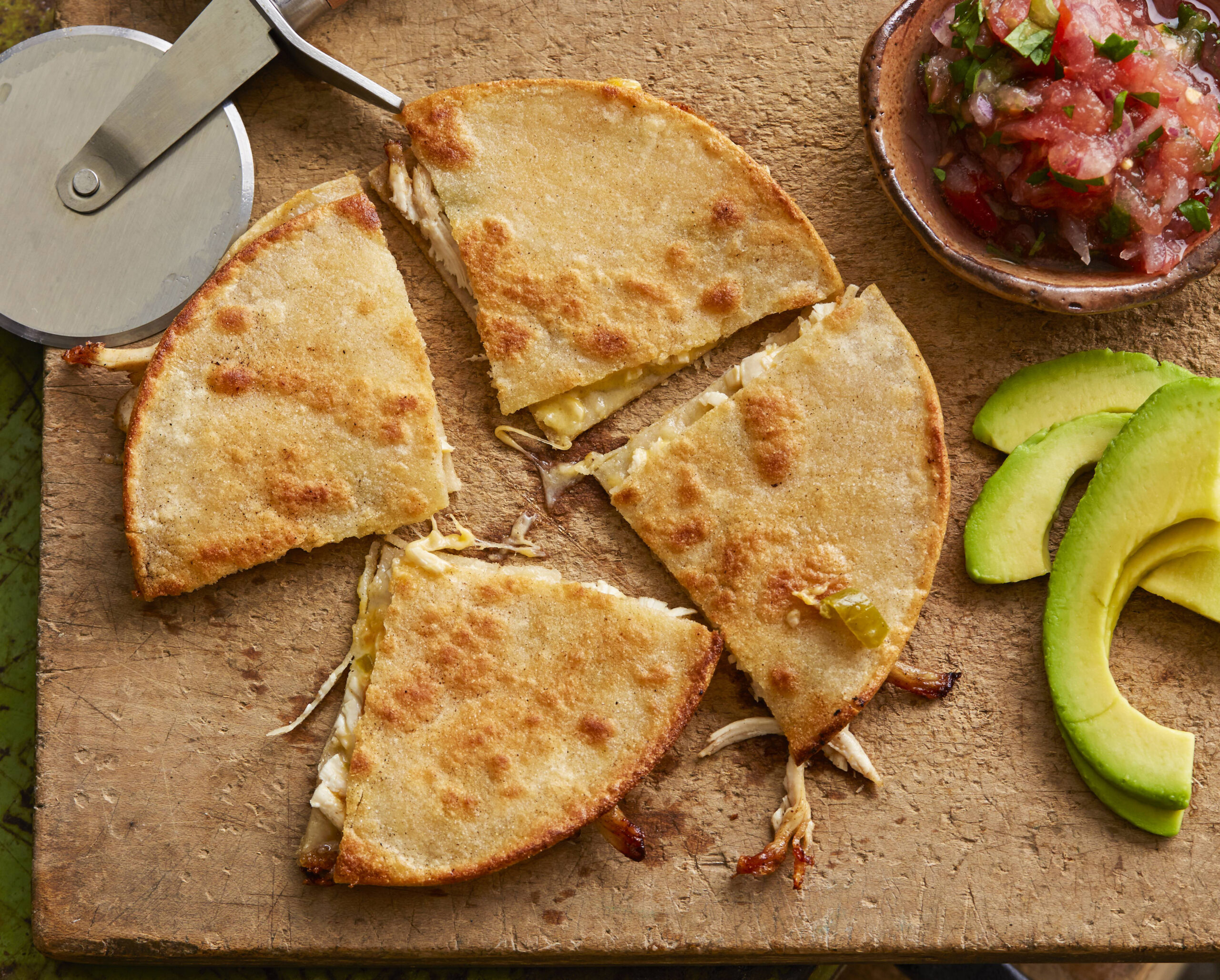 For the quesadilla: Prepare a grill for medium-high heat.

Sprinkle the chicken with salt and pepper. Grill until cooked through, 12 to 15 minutes, depending on size. Let cool and then shred the chicken into a bowl.

Heat the grapeseed oil in a saute pan over medium-high heat. Add the onions and peppers, and cook until caramelized, 8 minutes. Add to the shredded chicken and season with salt and pepper.

Lay out the tortillas on a work surface. To one, add the Monterey Jack, followed by the chicken mixture. Top with the Cheddar and cover with the second tortilla.

For the salsa: In a bowl, mix together the onions, tomatoes, lime juice and cilantro. Season with salt and pepper.

Heat up the butter in a skillet. Add the pre-made quesadilla and pan-fry until golden. Flip and cook on the reverse side until golden and the cheese is melted. Remove from the pan, cut into 4 wedges and garnish with salsa and sour cream.