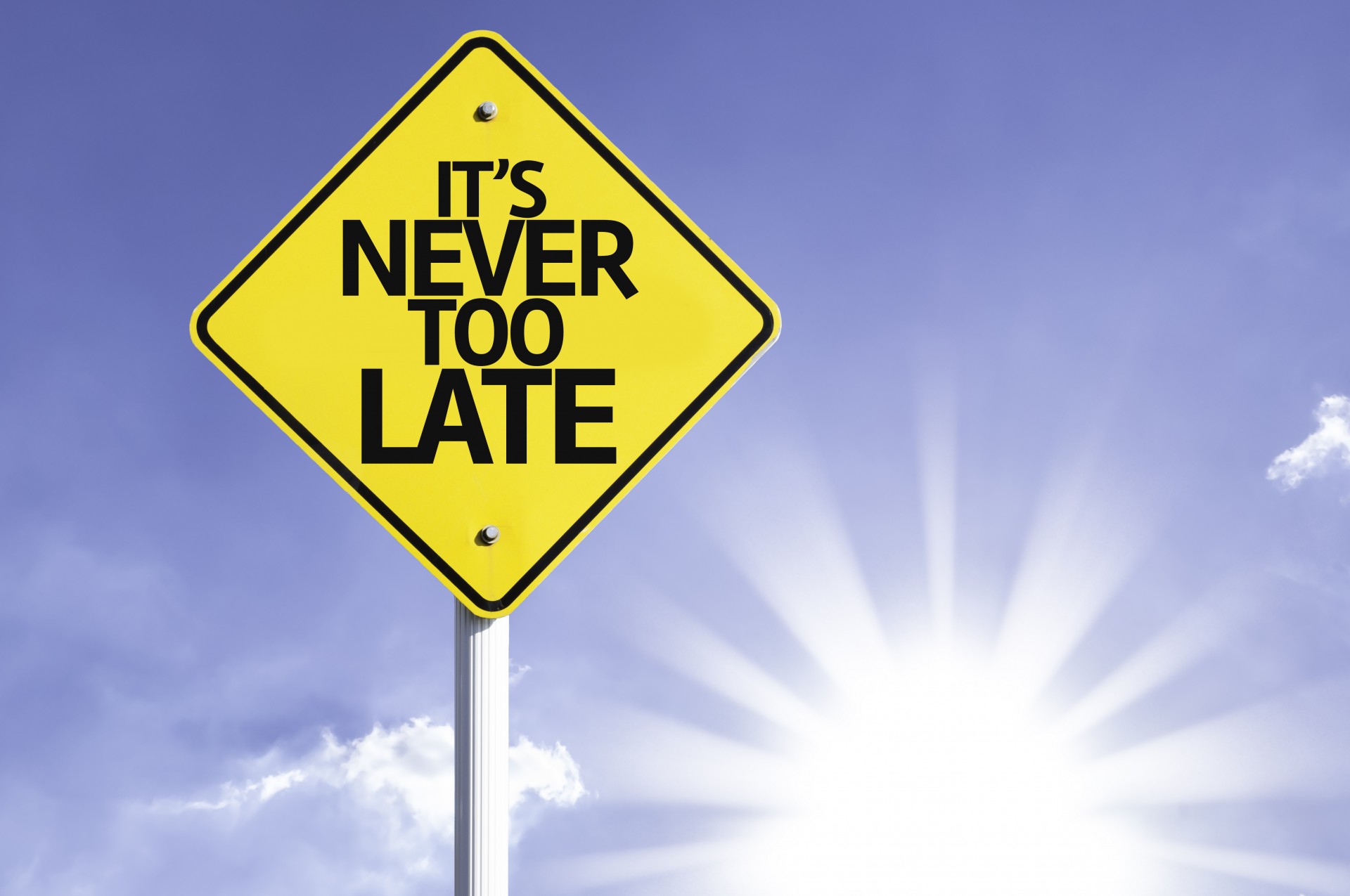 What holds back so many people from pursuing their dreams isn’t a fear of failure. It’s the idea that it’s too late to make a change. “I’m too old to…” insert major life change here: switch careers, enter the dating pool, start exercising, learn a new language, travel the world, etc.

This thought isn’t limited to octogenarians; a lot of us have these kinds of thoughts in our 40s, 30s, or 20s. It’s a natural reaction to any major change; we look behind us and see all the opportunities we had to make that change but didn’t. Why should we expect the future to be different? I find it helpful in moments like this to look for real-world examples of people who did what you’re trying to do. There might be no better example than the list that has been making the rounds on social media. It reads:

– At age 23, Oprah was fired from her first reporting job.

– At age 24, Stephen King was working as a janitor and living in a trailer.

– At age 27, Vincent Van Gogh failed as a missionary and decided to go to art school.

– At age 28, J.K. Rowling was a suicidal single parent living on welfare.

– At age 30, Martha Stewart was a stockbroker.

– Vera Wang failed to make the Olympic figure skating team, didn’t get the Editor-in-Chief position at Vogue, and designed her first dress at age 40.

– Stan Lee didn’t release his first big comic book until he was 38.

– Alan Rickman gave up his graphic design career to pursue acting at age 42.

– Samuel L. Jackson didn’t get his first movie role until he was 41.

– Kathryn Bigelow only reached international success when she made The Hurt Locker at age 57.

– Louise Bourgeois wasn’t featured in the Museum of Modern Art until she was 71.

Add this month’s Robert Irvine Magazine Celebrity Spotlight, Terry Fator to the mix. At 40 he gave up dreams of stardom and was content to work his ventriloquist act at county fairs. Then he won America’s Got Talent and signed a $100 million contract to take up a residency at the Mirage.

With these folks as an example, it’s clear that it’s never too late to make a major change. But what Fator has in common with the rest of the people on this list: None of them ever stopped working to improve their craft and to become the best at what they did. That held true when they could barely pay their bills, when they were fired repeatedly and went hungry between jobs, and when it seemed like they had failed so many times that it was simply never going to happen for them.

The only way to definitively fail is to stop trying altogether. Whatever your dream, hold onto it like your life depends on it. In all the ways that really matter, it really does.

Paul Robert is a trainer and motivational speaker who writes for Muscle & Fitness Magazine and Robert Irvine Magazine.