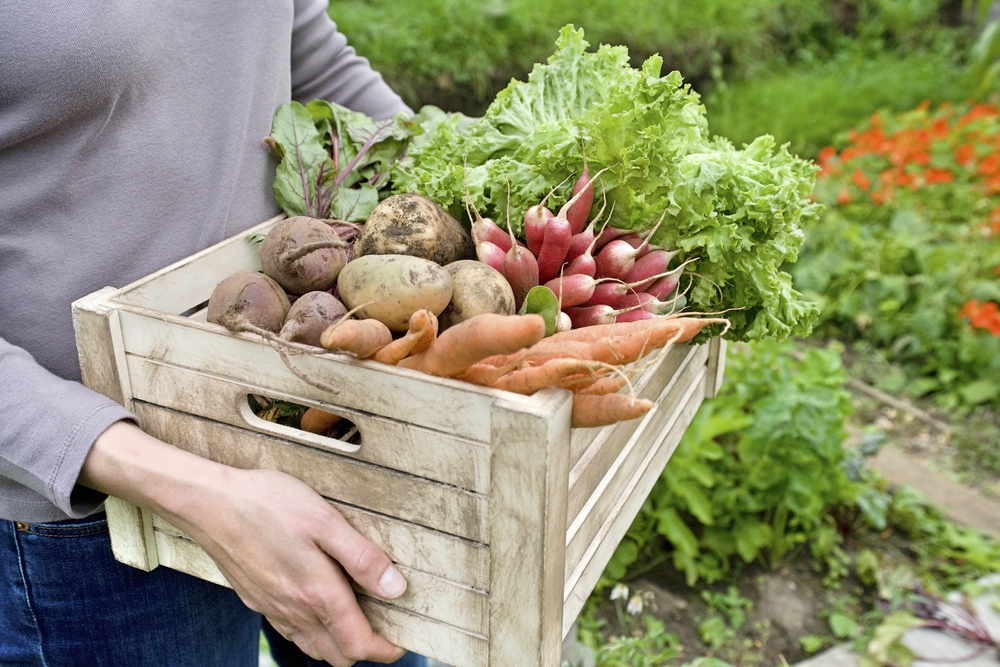 Time To Get Real With Your Food

What do the next 24 hours look like for you? Does it involve running out the front door to work with some sorry excuse for breakfast in your hand? Maybe something powdered that becomes a shake and takes the place of a meal? Something with a million unpronounceable ingredients that sound illegal, never mind edible?

Why are you doing this to yourself? Another glorious summer season is upon us and seasonal eating at its finest is here! Say sayonara to factory-built food and get your flip-flopped feet a little dusty at your local farm stand.

It’s that time of year to have watermelon juice drip from your elbows with reckless abandon and eat so many perfectly ripened tomatoes that you start wondering if there is such thing as TA (tomatoes anonymous). I know. I’m getting ahead of myself. Those are both later season crops but I have been counting down the days since I had my last locally grown watermelon last September; and if you don’t know about Anderson’s Farm stand in Riverhead, NY, well, now you know.

In the meantime you can over indulge in the cooler season crops that come on first: lettuces, snap peas, cucumber, radishes, spinach, rhubarb, or beets. There’s truly nothing as tasty as a radish dusted off on your pant leg and eaten plain. It’s crisp, it’s flavorful and it knocks the socks off any snack that comes in a bag.

Next up is everyone’s favorite: strawberry season, It’s a quick one so don’t miss it. Turn them into jams, preserves, pies, breads or just freeze them so you have a stock once they’ve gone out of season. I have a strict rule to never buy store-bought strawberries. There’s something a little lackluster and a little less sweet about the lab-modified giants they call strawberries in the super market. Scientists may have had pure intentions, trying to make the little guys more durable for cross-country travel, but in the process they lost the soul and flavor of the fruit, as always seems to be the case.

After that we are well into June and the flood gates of Mother Nature’s bounty really open up. Broccoli, asparagus, eggplant, peppers, a plethora of herbs, squashes of all shapes and sizes, corn, carrots, blueberries, and peaches all hit their peak. Get em while they’re fresh and don’t forget to check Robert’s website for recipe ideas.

Time and again we’ve proven that we can’t do better than what Mother Nature intended. (Yet, we keep trying.) Anything fresh from the farm stand or fresh from your garden requires little seasoning or preparation other than some slicing, herbs, sea salt and a drizzle of olive oil. It just doesn’t get better than that. Don’t forget to make time to kick back and enjoy those simple pleasures. Have a happy and healthy summer.