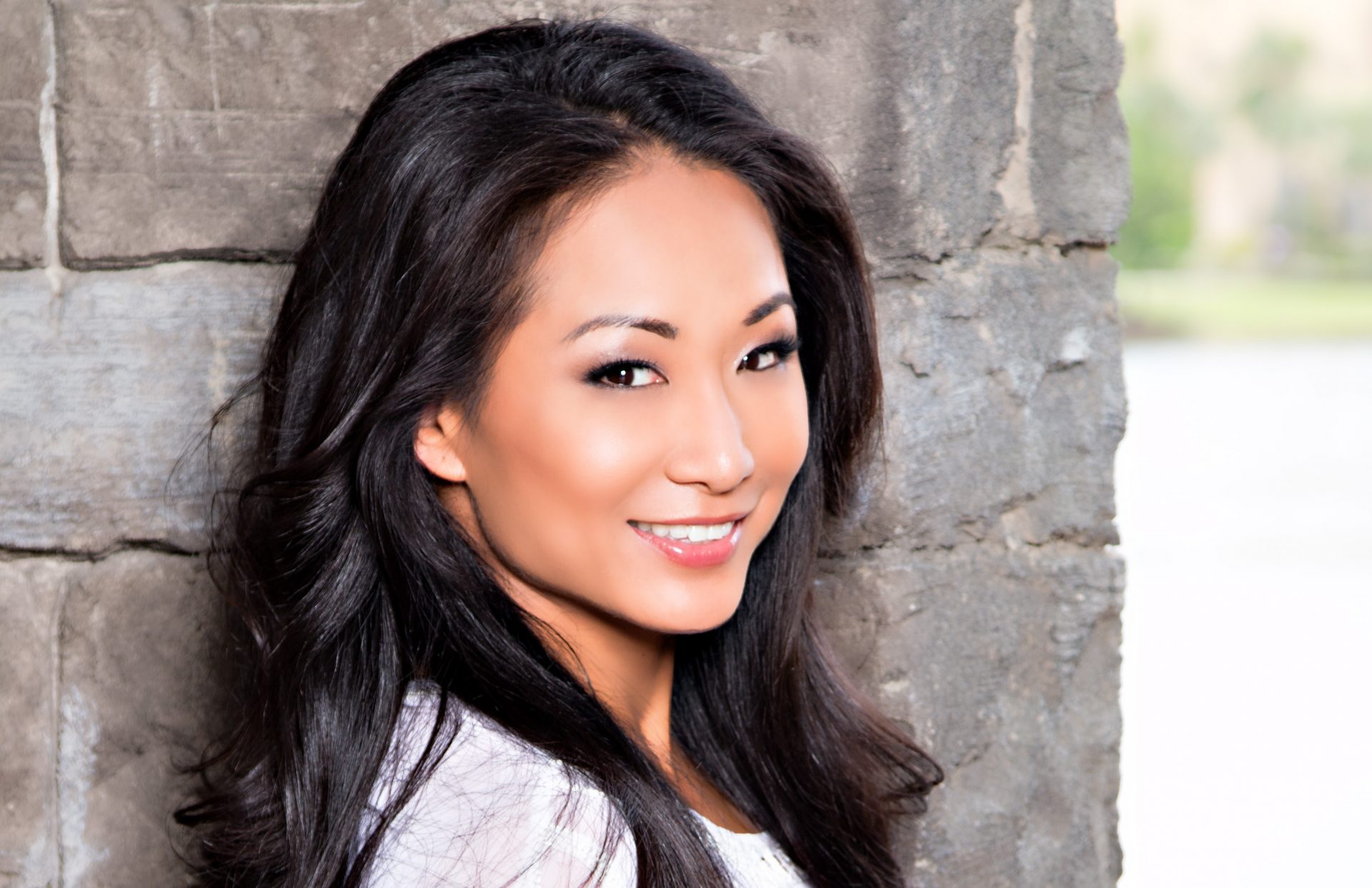 Procrastination, failure, and discomfort are three of the biggest things standing between you and your goals. Gail Kim-Irvine shows you how to tackle each one—by showing you how she tackled them herself.

Life is one continuous ride of ups and downs, setbacks and triumph, happiness and negative emotions. When I look back at this point in my life, I understand the truth of the old “roller coaster” cliché. If you push to achieve any worthy goal, you will certainly face challenges—from both external and internal forces. I’ve learned a few things along my path that can help you deal with both kinds. 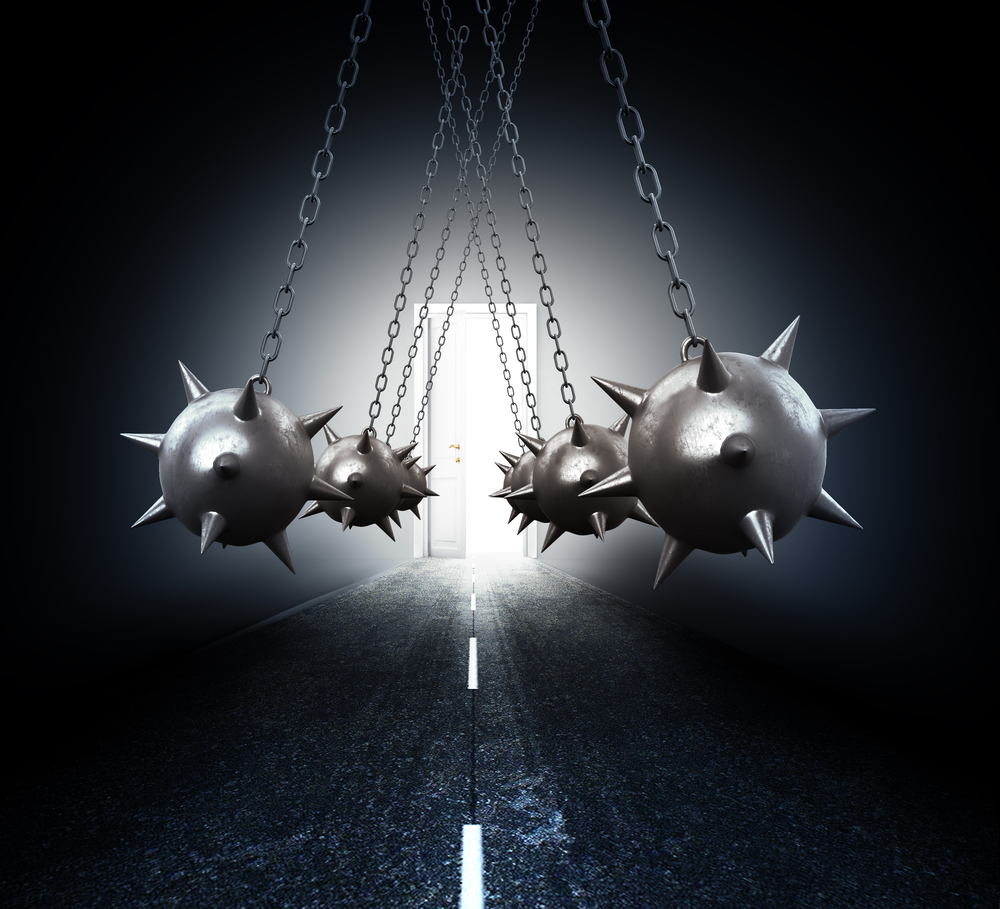 THE OBSTACLE:
PROCRASTINATION
I’m a procrastinator. Not to the point where it cripples me, but if you give me the chance to tackle something I don’t want to do now or later, about half the time I’ll choose later. Like most people, this habit developed in high school. I did projects last minute, I stayed up all night to study, and somehow got it all done on time and always good enough to get by. That’s fine if all you want is to coast in life. But if you don’t procrastinate and can use all the time at your disposal to formulate the best possible approach—and not just the one that will let you get it done at the last minute—then your results are significantly better. When I didn’t procrastinate, I learned that not only was my work better, I felt better about myself because procrastination invariably leads to you beating yourself up for taking too long to get in gear.

OVERCOME IT:
Here are some strategies that have worked for me:

-Make a Checklist
Once I knew I was getting better results being more prepared, I got into the habit of making a list. Today, I keep mine on my phone and I found over time, that I felt the urge to get everything crossed off one by one. Not moving on my list fast enough started to bother me. It was almost like a game to me. “How many things can I get cleared off my list in one day?” When you have days like that it’s amazing how fast the day goes by and how much you get accomplished.

-Give Yourself an Earlier Deadline
I tried this once and it works if you truly follow it. It is the same concept of setting your alarm clock early and with some people I know, they also will set their clocks an hour ahead to trick themselves to be punctual. You also never know if something else will come up last minute that will demand your attention. When you procrastinate, you leave no room for error. When this happens you’re instantly overwhelmed and exhausted, with all tasks suffering as a result.

-Set Goals You are Passionate About
Whether these goals happen within your current job (good for you!) or outside of it doesn’t matter. If you’re not working toward something you love, then you’re slowly dying. Looking back, it’s easy to see that most of what I procrastinated over were things that I wasn’t passionate about. If I loved it and was clear about my goal, there was no procrastinating. I set my sights on what I wanted to achieve and there was no stopping me. When you’re passionate about it, you’ll have fun as you pursue it, and takes any self-imposed delay off the table. Best of all, it doesn’t feel like work. The old saying that if you get a job you love and you will never have to work a day in your life held true for me. 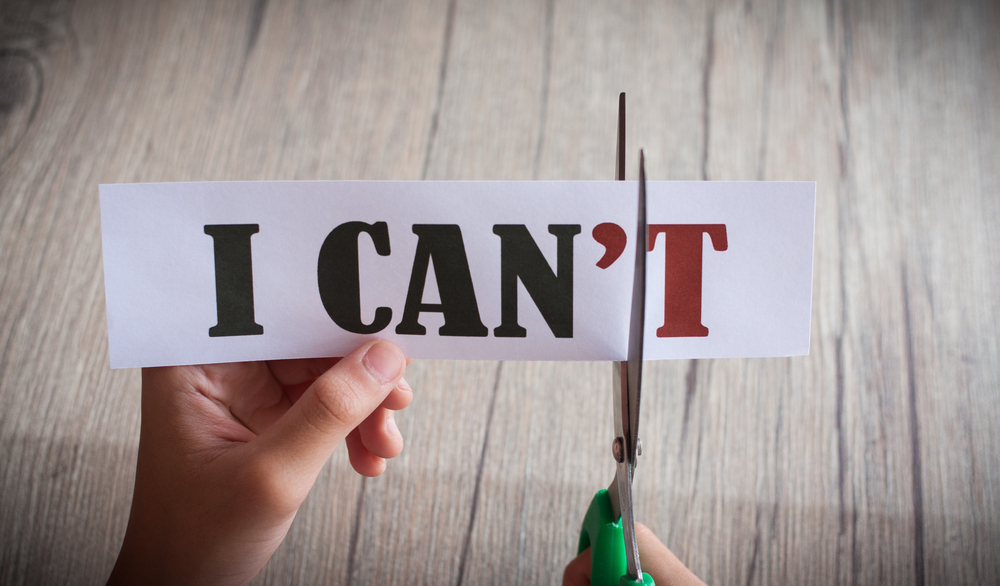 THE OBSTACLE:
SETBACKS, AKA:
TEMPORARY FAILURE
Setbacks are a part of life. Nobody likes them, but if you look back at a setback and examine what happened, you’ll usually conclude that it happened for a good reason. It might sound like another cliché, but based on my life experience, I’ve learned it’s true. All the “bad” things that happened to me—moments that felt like failure—set up future opportunities. In some cases, I didn’t realize that until years later. My first run with WWE ended when I got fired after two years; I subsequently lost my passion for wrestling, almost quit the business, and pursued stunt work.

OVERCOME IT:
After about a year, I was approached to enter the wrestling business again and hesitantly kept an open mind. As soon as I stepped into this new company environment, my passion came flooding back and after a lot of hard work, patience, and persistence, my dreams literally came true. I was part of a women’s revolution within the business, an integral part of a group of truly special women who were all as passionate as I was.

Later on in my career, I ended up back in WWE and once again was losing my passion. I thought to myself, “Why am I here?” I can honestly say looking back that the reason I was meant to be back there was to meet my future husband (Robert an I met when he did an episode of Dinner: Impossible with the WWE). I also realized what I really wanted in life, took the risk to leave, and put all my energy into what I was passionate about. What came after that? Balance. A healthy relationship (which wasn’t possible at WWE), having a job I loved and people around me who I had fun with.

So when you’re dealing with a setback or when you think things can’t get any lower, just know that it probably happened to teach you some sort of lesson in life—to have an awakening. It may not come right away, but I guarantee you one day you will see why it happened. Know that when that one door closes, another one always opens. 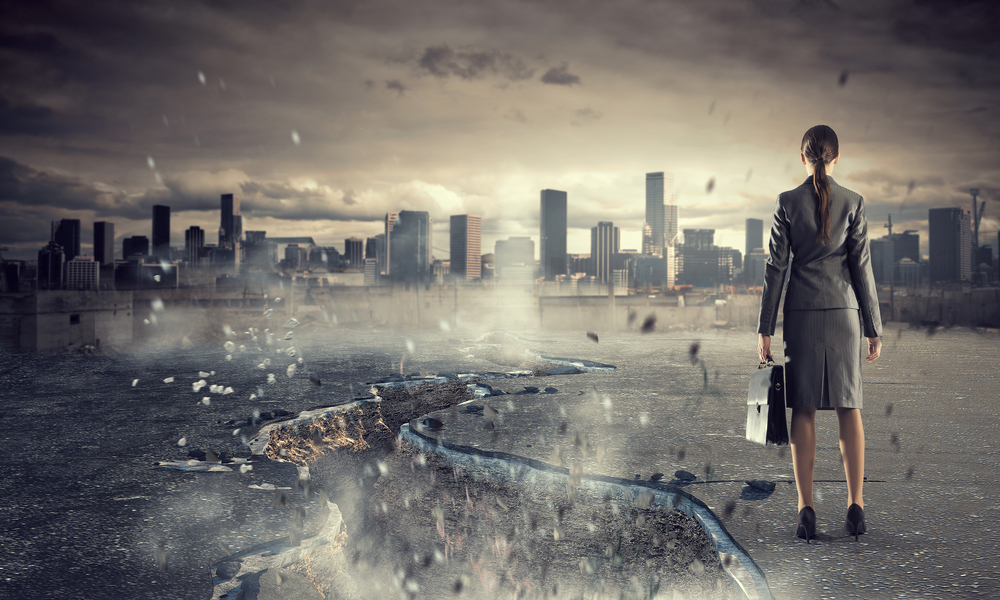 THE OBSTACLE:
DISCOMFORT
This is probably one of the things that most people find the most challenging to overcome. From public speaking, to saying no to people, to general confrontation, most people will do whatever they can to avoid uncomfortable situations. The problem, of course, with avoiding discomfort is that it almost always means settling for less.

I’ve said in past articles that I’ve always been one to face my fears and not turn down a challenge. For some people, they don’t have it in their personalities or even worse, have a crippling fear. When I say I have that type of personality, I still have things that I don’t want to do, so it’s ok to slowly work on one discomfort at a time. I personally would never sing or dance solo in public, so if you see me doing this anywhere one day, you know I’ve dealt with my biggest fears!

OVERCOME IT:
Working on anything that makes you uncomfortable involves getting uncomfortable, so start in small doses. If you fear speaking in public, start by to speaking to the mirror. If you can’t talk to yourself, who else can you talk to? Then gradually build up to maybe your family members then a group of friends. Make a toast at a dinner party, then grow to a bigger audience. With each step and with repetition, your confidence will grow. When I entered the pro wrestling business, I fell in love with the sport of wrestling. But I never thought about the acting or promo part of the job because it was terrifying. I had such a fear from an experience in high school doing an oral presentation on male birth control in physical education. I fainted in front of the whole class and was terribly embarrassed. All those memories would come flooding back to me when it came time to cut a promo.

Many experienced entertainers had given me the advice to practice talking in front of the mirror. I felt so silly at first but gradually it helped. I felt more at ease and didn’t feel so crippled all the time. I was forced into repetition truthfully through my job but now, I’m grateful. It took me years to feel comfortable but I wouldn’t take back any bad moment or promo. I now feel comfortable speaking in public and with a camera in front of my face. I’m not perfect, but the fact that I can deal with it comfortably now is so gratifying.

Another way I deal with discomfort is to identify the moment immediately and tell myself in the moment, “Let go!” If I still wind up embarrassed, I tell myself, “So what? I tried and that’s more than most other people can say.” It gives me the courage to give it another go.

Also at one point in my life, I had a problem saying no to people or being confrontational. If you know me now, you know I don’t have issues with that. Maybe I was influenced by my husband, who certainly doesn’t have a problem being direct. Over the years, I found myself doing things out of obligation, not wanting to disappoint people and saying yes when I really wanted to say no. I was wasting my time and doing things I wasn’t happy about.

Then I found myself communicating more and being more direct about what I wanted for myself or the situation. This mainly came from my job and dealing with a lot of different personalities. In the end, people respected me more for saying what I felt instead of doing things for the wrong reasons. I also found that I was being perceived as knowing what I wanted, which increased others’ respect for me and in turn built even more confidence.

Being aware of all these things makes you already one step ahead. Realize that everyone in the world is also human and dealing with the same things. It’s normal and most importantly, you can do something about it. So, what are you waiting for? Face it head on and I promise you, once you do, you’ll feel nothing but grateful.