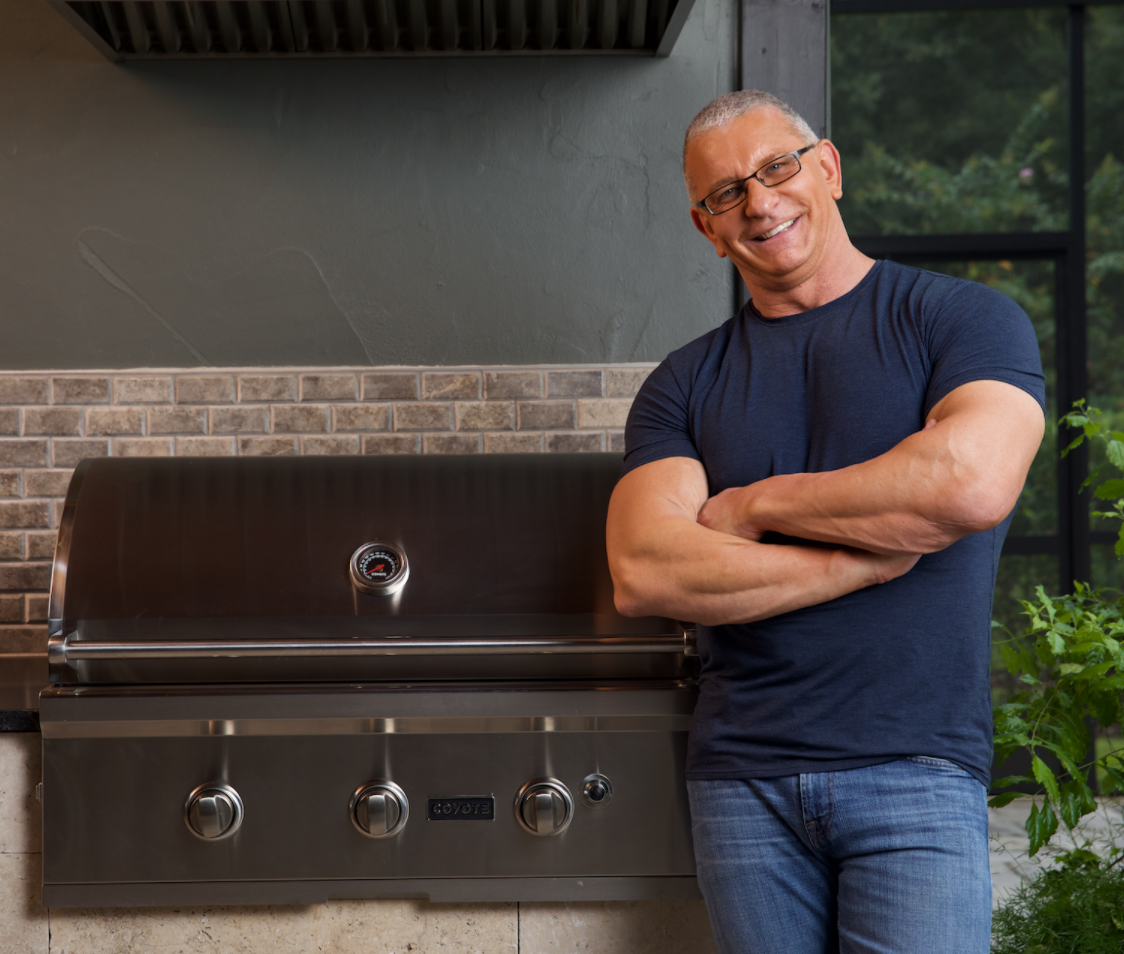 With summer grilling season heating up, Robert was featured as part of the NY Post’s grilling roundup, featuring chefs and their favorite grills. Robert appeared alongside personalities such as Amanda Frietag, Pat LaFrieda and other TV chefs and restaurateurs from well-known establishments.

In the piece, Robert is pictured standing with the Coyote grill on his patio (seen above). He also gave a quick steak grilling tip:

“Add salt and pepper just before grilling, after the steak comes out of the marinade.” He also recommended adding paprika. “Steak doesn’t spend long on the grill, so paprika boosts its open-fire flavor.”