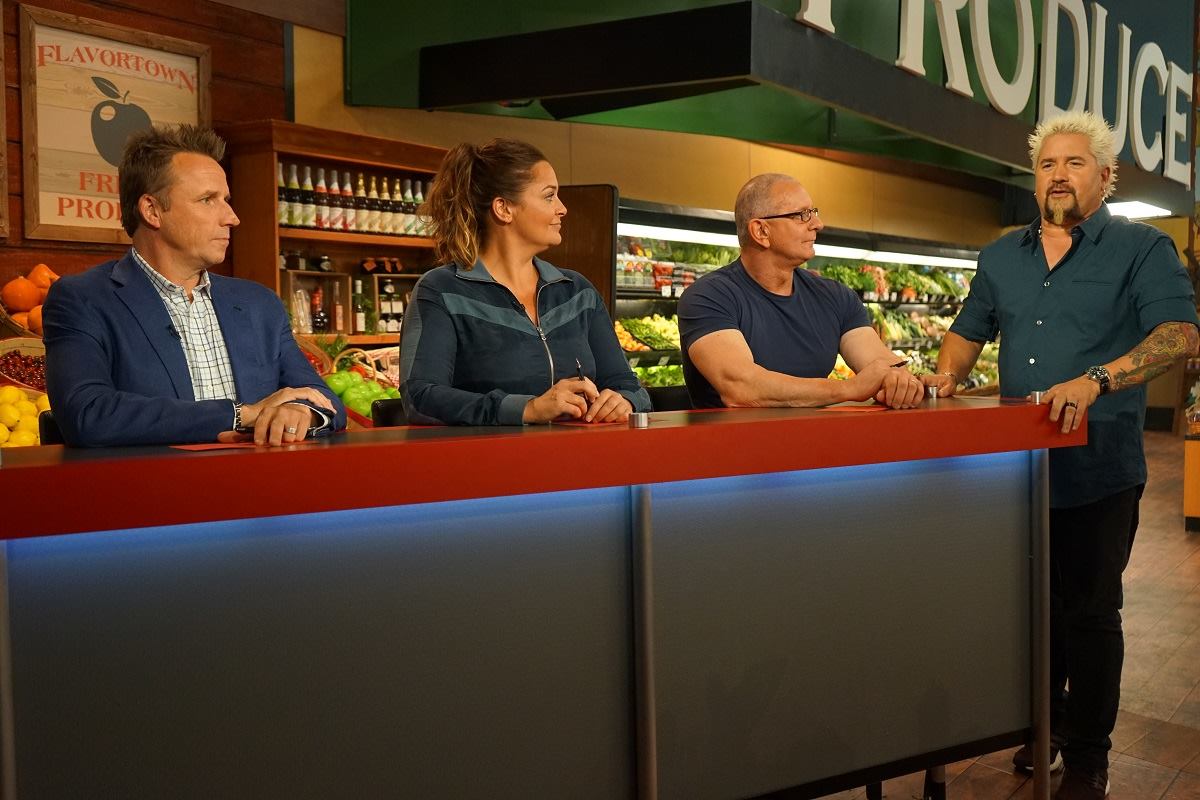 What You Can Learn From Guy Fieri

Welcome to the new edition of Robert Irvine Magazine. I hope you’re ready for a trip to Flavortown because the Mayor of Flavortown himself, Guy Fieri, joins us for a long overdue cover story (Read it HERE). Our one-on-one interview looks back on his incredible career and reveals what he really thinks about the pop-culture phenomenon that surrounds his personality. The man is so popular he has his own convention (Fieri-Con) for crying out loud!

I want you to read this interview and share it with your friends. Because, as is often the case with a lot of the folks we know from TV, it’s easy to think we have them pegged and that we fully understand what they’re all about and what they stand for. In Guy’s case, this is especially true because he’s on TV so much that people get numb to his ubiquitous presence. They see the shock of blonde hair and the shades on the back of his head and say, “Oh yeah, the diner guy.”

But he is so much more than the diner guy. Guy loves his work, no doubt. Over the past 11 years, he has filmed an astonishing 260 episodes of Diners, Drive-ins, and Dives. He typically profiles three restaurants in each episode, and well, you don’t need me to do the math. You’ve now got a very good sense of the incredible reach the program has had. But what he does is so much more than get behind the scenes at local hot spots to see cooks work their magic. He has turned hundreds of restaurants into destination dining for his legion of fans, bringing an incalculable amount of business to the places he visits.

In our interview, you’ll see that what really drives him is his desire to spread the love and bring happiness wherever he goes. This is, of course, the Guy Fieri I’ve always known. We originally hit it off over a love of food that unites us all. Guy and I don’t cook for critics and foodies; we cook for the people. Give either of us the option and we’d both wind up laughing over a plate of wings in a pub rather than sitting for some seven-course meal at a world renown four-star. But where Guy and I really bonded was over our shared belief that to whom much is given, much is required. We both believe in philanthropy and using our time and money to give back to our communities and our world as much as we can.

This is the Guy Fieri I want you to know. The Guy Fieri who isn’t just excited to find a new hidden gem greasy spoon, but the one whose love for his fellow man gets him out of bed in the morning. The man who isn’t just an industry colleague, but a very dear friend of mine. It’s why I made him my best man when Gail and I married in 2012, and it’s why I’m so excited to share his story with you.