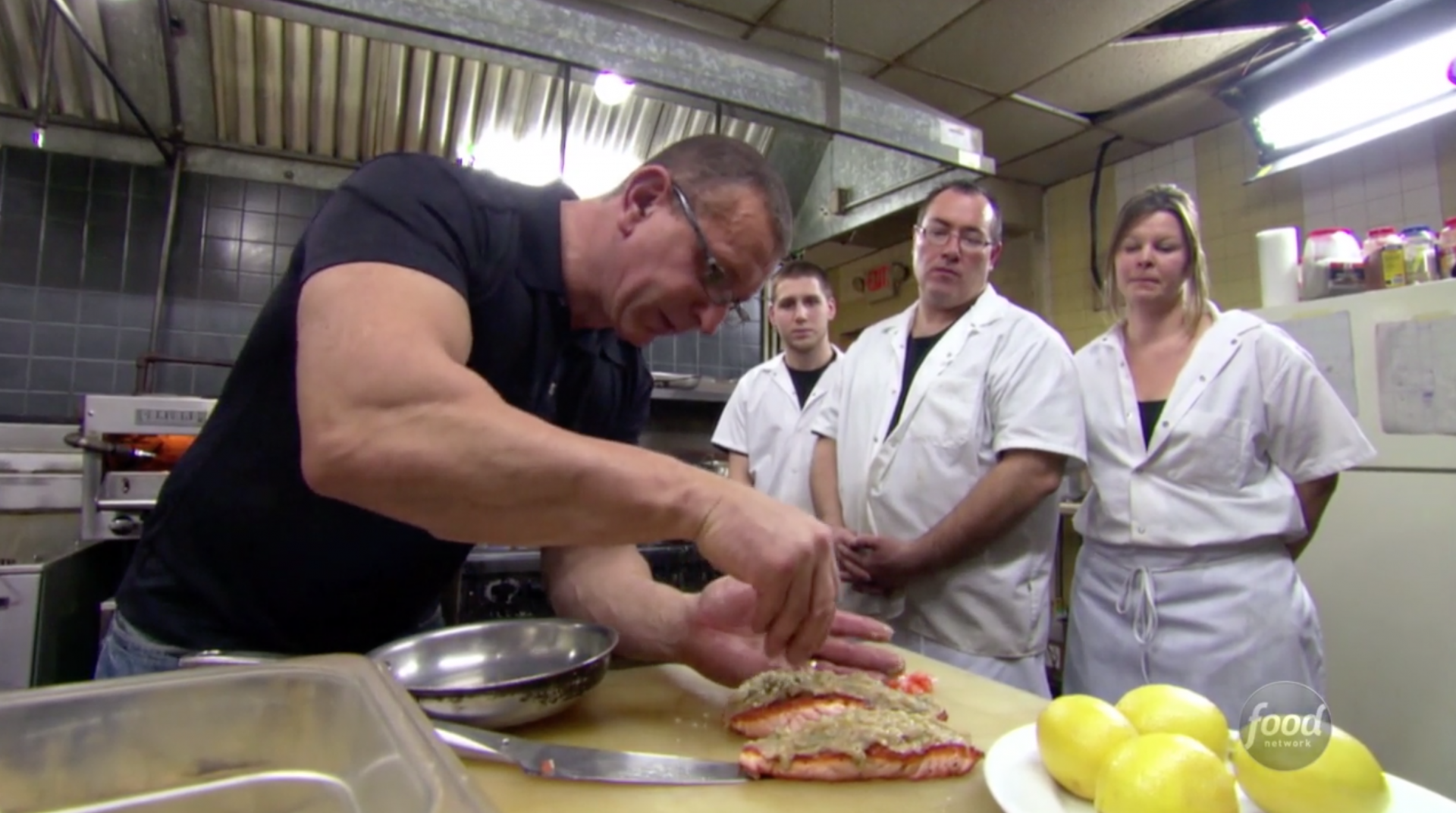 What Happens After Restaurant: Impossible

We head back to Joe Willy’s Fish Shack in Fishkill, NY to see what’s happening over three years after Robert visited with the crew of R:I.

This is Part I of a limited series that will revisit some of the eateries that got the Restaurant: Impossible treatment. This month, we go back to Joe Willy’s Fish Shack in Fishkill, NY. This episode originally aired in March of 2013. When Robert arrived at Joe Willy’s he encountered bland décor, a puzzling menu (fresh flounder covered in melted cheese), and an owner so stubborn he challenged much of Robert’s advice. And as is always the case on the show, Joe Willy’s was struggling. Two days and $10,000 worth of renovations later, Joe Willy’s had a new look, a new menu, a roomful of satisfied customers, and most importantly, owners Joe and Dena White appeared to mend fences. But has it stayed that way? RI Magazine caught up with Joe and Dena to see how business is going over three years later.

WHY THEY APPLIED FOR RESTAURANT: IMPOSSIBLE

It was Dena who applied. Joe White, self-aware of his own stubbornness, laughs. “I would never apply for anything like this. It was Dena.”
So what was the straw that broke the camel’s back for Dena?

“It got to a point where I was working two jobs and working seven days a week so we could get our bills paid. Yet people would come into the restaurant and say, ‘Oh, we didn’t know you guys were here.’ [Joe Willy’s is set far back from the road] Then they’d say they enjoyed their meal and didn’t understand why there wasn’t a line out the door. I started watching Restaurant: Impossible and I just started thinking to myself that we were doing something wrong. We were not doing the business we should be doing. After a couple months of watching the show, I literally finished watching an episode one night and then I got my computer out and took three hours to fill out the application. Three weeks later I got a response from them.”

In contrast to many other instances throughout the history of Restaurant: Impossible, Robert was not hyper-critical of Joe’s cooking, a flounder-and-cheese dish notwithstanding. Nevertheless, there was a lot of room for improvement and Robert overhauled the menu to draw more customers. So did it pay off?

Thankfully, Joe’s kitchen was sanitary to begin with. This episode of Restaurant: Impossible didn’t see Robert decrying filthy conditions in the back of the house. But the front of the house was as depressing and bare as a high school cafeteria. The crew gave Joe Willy’s a flashy new bar back complete with silver fish scales, a fish skeleton fashioned out of PVC pipe, and re-lacquered the tables. So how did Joe and Dena like the renovations? And more importantly, how did everything hold up?

“I don’t know if you saw our before pictures, but it could only get better,” Dena adds. “We just repainted the place and we’ll probably have to do the tables again soon, but people still comment on it. To me it’s still beautiful.”

Robert can overhaul a menu and change the interior design of a restaurant, but without sustained commitment to customers, restaurants can still fail. Any restaurant featured on national television can expect an initial uptick in business, but sustaining that interest means delivering on a daily basis. That leaves the biggest question of all: How did appearing on Restaurant: Impossible affect business at Joe Willy’s?

Joe explains it by the numbers.

With an increase in customers comes an increase in amateur food critics for Yelp—not to mention folks who simply want to be part of the moment. So does Joe Willy’s have more critics to contend with now?

Joe laughs, “There are a lot of food critics out there.”

“But a lot of people will be very supportive.”

“I don’t mind the critics as long as we’re doing the business,” Joe adds.

THE PERSONAL SIDE OF RESTAURANT: IMPOSSIBLE

Joe and Dena’s counseling session with Robert provided some tense moments. Any husband-and-wife team working side by side is a recipe for tension. Before filming began, Dena was working seven days a week—full-time at the front of the house at
Joe Willy’s and part-time waitressing at another restaurant. Joe practically lived at the restaurant, hours that put a strain on their marriage. At one point, Robert asked Joe if he needed Dena more as a wife or more as a co-worker, and Joe said he didn’t know. The air came out of the room and tears started to flow. Today, Joe and Dena say a lot of that tension has dissipated, even if it’s still hard to make time for each other.

“It’s totally different for me before and after the show,” Joe says. “Dena is committed to the front of the house where I was trying to do it all. You have to be a special character to be able to do it all at a restaurant. I find it much easier to run the kitchen and I have full confidence that Dena is taking care of the front of the house now. This arrangement works.”

Both Robert and Restaurant: Impossible producers stay in touch with restaurant owners long after they’ve appeared on the show. Joe and Dena say it created a bond with Robert and the crew.

“The whole crew kept in touch with us for a good year-and-a-half after the filming,” Dena says. Everybody was amazing to us. People ask us about that all the time. I always rave about the crew.”

When asked if there’s anything she would change about the experience, Dena simply says she would’ve relaxed and taken more time to enjoy it.

“I wish I had known at the time how amazing it was going to be,” Dena says. “I think I would have been calmer. I was on edge both days. It was very emotional. But I would do it again in a heartbeat. I thank God every day that they came. I really do. It was just amazing to me that they came to us. I’m forever grateful to them. I really am. We wouldn’t still be here if it weren’t for them coming. Joe feels differently, but that’s how I feel.”

Chastened, but still proud, Joe has his own take.

Originally published in the July/August 2016 of Robert Irvine Magazine.