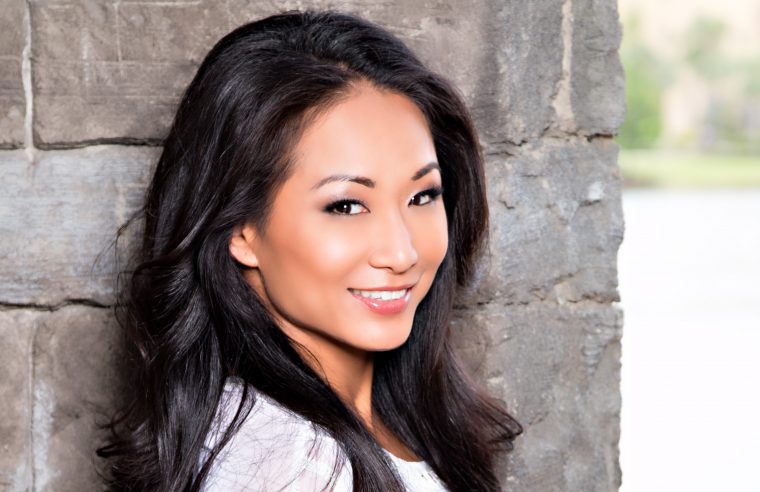 What I learned on my way to the top of an ultra-competitive industry can help you unlock your full potential.

If you ask people what their keys to success are, everyone will have a slightly different answer. Most successful people, though, have more in common than not. I found through the years, both in my professional and personal life, the same elements brought success.

MY STORY: “Mind over matter” is such a well-worn cliché that we take it for granted without truly appreciating the truth behind it; most people know the saying but don’t realize how powerful the mind can be. I’ve said it before many times, but when I decided to become a pro wrestler, I simply set that one goal for myself and was determined as hell to reach that goal. I didn’t see anything else! After that first weekend of training, I told myself, I’m going to not only make it but I want to be signed to WWE within a year. I didn’t realize at the time, but a year wasn’t realistic. When one year elapsed, I knew it wasn’t attainable that quickly but I never changed my determined mindset and positive attitude. I actually “made it” in two years—which is still very fast—and I truly believe it was because of the way I mentally set my goals.

HOW YOU CAN USE IT: Know that you will have your high and low moments. As the saying goes, “It’s not how many times you fall, but how many times you get back up.” Stay mentally focused, but also be open minded. Know that there is more than one way to achieve your goals, and the answers often come from unexpected places. I learned my craft through the help of many people, some of whom I never thought I would look to. For instance, my sister has always been into meditation, but I always thought my life was too fast-paced for it and that I wouldn’t benefit from it. She told me that it was precisely because of those reasons that I probably would benefit from it the most. I never was as disciplined as she was when it came to meditation but I kept an open mind. When I hit stressful overwhelming times, I used her techniques to clear my mind and get myself back on track. 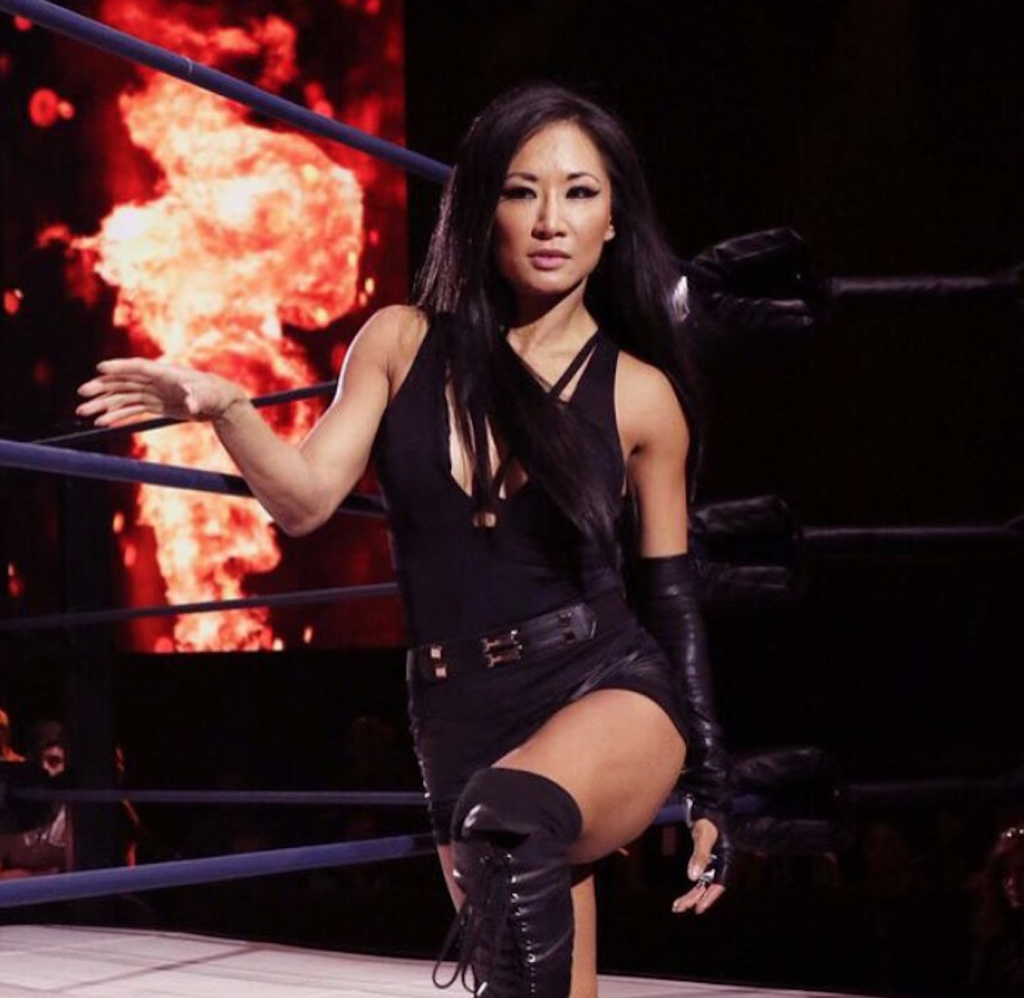 MY STORY: Again, this sounds very logical and obvious, but I think it’s the hardest part for a lot of people. I found that when I became disciplined in most aspects of my life—not just with my craft— success came faster than anticipated. When I knew I wanted to be in the wrestling business, I was going to school and bartending on the weekends. I was a bartender in a nightclub making great money and was very comfortable at my workplace. My coworkers were like family to me and I always had fun—maybe too much fun. Typically, I would have a few drinks and stay out late. I soon realized that it was sidetracking me. The drinking was not allowing me to get where I needed and wanted to be physically and I was exhausted from working and staying out late. So I made the conscious decision to quit my job and leave my comfort zone. I found a restaurant/bar where I could still make ends meet but where I knew I would be focused. I made that decision to do what was right to get myself back on track. What a difference that made! I saw improvements quickly and got myself into a disciplined routine of sleep, working out, and eating right. Once that one thing got on track, the rest was easy.

HOW YOU CAN USE IT: A lot of my friends have or had FOMO (fear of missing out) which often cripples discipline. I had it for a long time and often found that in the end all I missed out on was sleep and a workout. You can still go out and have once in a while. Just don’t let the peer pressure distract you from your goal. I finally reached a point in my career where it was more important for me to study matches than to go for a drink or party. I truly believe that helped separate me from the rest and to be the best that I could be! When you set a goal that you’re passionate about, find a way to weed out the excess in your life that doesn’t contribute to that goal. You’ll be shocked by how much then falls into place. 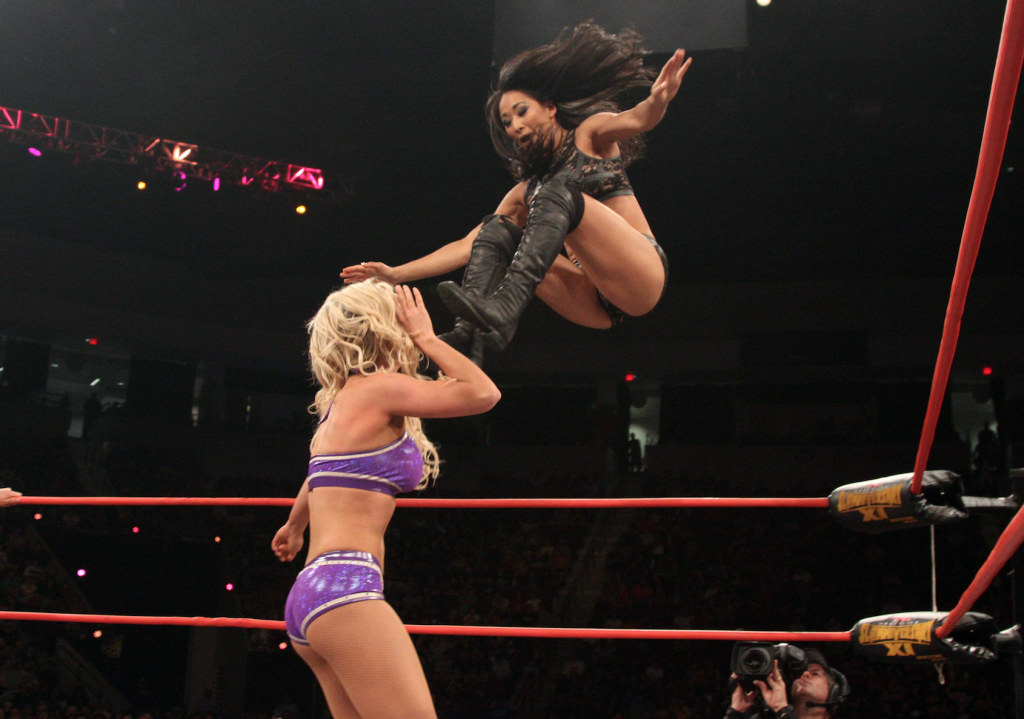 MY STORY: I believe in setting new goals in every aspect of your life. Whether that is in fitness, relationships, or your career. When it came to fitness, starting out in wrestling my goals were always to be physically appealing and toned. Then I wanted to be strong and well-rounded in the ring. Eventually towards the end of my career I set new goals of training for the health and wellbeing of my body and changing all my training techniques to prevent further injury. All these factors played into the longevity of my career.

When it comes to my marriage, I think that as the years went on, both Robert and my priorities shifted. When we met, I was at a selfish point in my life. I was career-oriented to the point that it consumed my life. I realized over time that it truly wasn’t bringing me happiness and success, so I shifted my priorities and set new goals for myself. I wanted to have balance in my life and finding someone I loved and cared about made finding that balance a priority. Not only did these new goals bring me success in my relationship, but in my career as well. What’s more: being happy in your relationship can give you the confidence to accomplish things in other aspects of your life.

HOW YOU CAN USE IT: Don’t rest on your laurels! Once I reached my goal of getting signed to WWE, I knew that was just the beginning. I had reached my goal but knew I still had a lot to learn. Throughout my 17-year career as an active pro wrestler, I was constantly learning every day. Once I felt like I felt comfortable physically in the ring, I strived to become a great leader. If I was a good babyface (a good guy/heroine), I strived to become a great heel, or villain. As my career in the ring started to wind down, I set goals to teach and move on to producing. Even now as I continue my career behind the scenes of a business I truly love and know, I still have my sights on expanding to outside of wrestling. I always thought that all I wanted out of life was to be known as a great wrestler but now I have even bigger goals, to leave behind a greater legacy to remember.

The take-home: Never forget that wherever you are and whatever you’re doing, you still have a lot to learn and improve upon—personally, professionally, and in your relationships. Those who can embrace that fact with optimism will find success again and again.